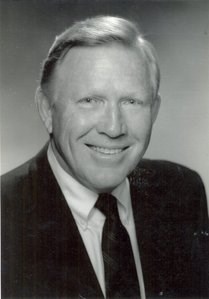 Don was born in San Antonio, Texas on July 21, 1931 and grew up in Corpus Christi, Texas. Don lived a life that couldn't possibly be contained in one obituary. As his wife, Maria has said "He was pure love" and he lived his life with a love and passion we could all learn from.

Don was a proud member of the Fightin' Texas Aggie Class of 1952 and in the Corp of Cadets. He earned a Bachelor of Science in Landscape Architecture from Texas A & M University and later obtained a Masters from the University of Oregon. In between, he was commissioned a 1st Lieutenant in the United States Army completing his training at Ft Sill, Oklahoma.

Don had a long and accredited career as a landscape architect. He was a founding partner of the United State's largest landscape architecture firm- Eckbo, Dean, Austin and Williams (EDAW). He designed too many well known and beautiful projects to list them all here, but a few of note are the Mauna Kea Beach Hotel, the demonstration gardens in Golden Gate Park and the Cabo Real Resort. He also was involved in urban planning for towns all over the world, from downtown Bryan to the harbor town of Thesen Islands in South Africa. He served on the Architecture Accreditation Board, was inducted as a Fellow into the American Society of Landscape Architects and was honored with the Outstanding Alumni Award by the College of Architecture at Texas A&M.

Not only did Don shape the future of landscape architecture through his projects, but also through his passion for mentoring students. He did so first as a professor at the University of California Berkeley, then for 25 years at Texas A&M University with 7 years as department head. The annual Christmas party at the Austin's was an event the students, Don and Maria looked forward to every year!

Don met his wife, Maria van de Laar on a fated trip to Guam where she was the senior purser in first class. A first date in Guam, led to a wedding in San Francisco in 1973 and 49 years of adventures and building their family. Don's greatest pride and joy were his wife, children and grandchildren. He did not let a day pass without letting them know he loved them. They, the students he taught and the friends he cherished are his true legacy. He loved his weekly lunches with friends. Mondays for burgers at Margie's Downtown Bar & Grill and Wednesdays with the Romeos (Retired Old Men Eating Out). He is survived by his wife Maria Austin, son Ryan Blair Austin and wife Christy of New Braunfels; daughters Kimberly Land and husband Erick of College Station, and Amanda Sierocinski of Austin. As well as 9 grandchildren; Jackson, Samantha and Whitley Austin; Cristiano and Maile Gallego; Krue and Drake Land, and Teo and Austin Sierocinski. We take comfort in knowing that he is with his Heavenly Father (probably listening to Pavarotti and bird watching) and we will see him again.

Visitation will be from 5 - 7 pm Friday, October 15 with a rosary service at 7:00 pm at Memorial Funeral Chapel in Bryan. Funeral Mass will be on Saturday, October 16 at 11:30 am at St. Joseph Catholic Church, followed by lunch in the Parish Activity Center. You may livestream the service at facebook.com/memorialbryan The private interment will be at the Aggie Field of Honor with a military tribute.

In lieu of flowers, please consider performing a random act of kindness in his memory. Memorial donations may also be made to a charity of your choice.

Published by The Bryan-College Station Eagle from Oct. 13 to Oct. 15, 2021.
To plant trees in memory, please visit the Sympathy Store.
MEMORIAL EVENTS
Oct
16
Funeral service
11:30a.m.
St. Joseph Catholic Church
TX
Funeral services provided by:
Memorial Funeral Chapel
MAKE A DONATION
Please consider a donation as requested by the family.
MEMORIES & CONDOLENCES
Sponsored by Memorial Funeral Chapel.
5 Entries
Don Austin was a one of a kind individual. You seldom saw him without a smile on his face. You always knew that what mattered to him most of all were his family and friends. The light of his life was of course Maria, his lovely wife. I owe my success in life to the interest that Don took in me as a young masters landscape architecture student at A&M. We never lost touch after my graduation, and he always greeted me with a big hug and a smile as big as Texas. He will be missed without a doubt. Now he can Rest In Peace.
Marco A. Cisneros
Friend
October 14, 2021
What a great man! He was instrumental in giving me the confidence to pursue a degree in Landscape architecture and live my dream career. Although I am no longer in the profession he instilled in me a can-do attitude. I was fortunate to be one of the "roasters" when he retired from A&M. His wife Maria is such a good woman and a mom to us all. We've lost one of the great ones. I'm blessed to have had him as a mentor during my time at A&M. My condolences to Maria and the family.
Jose A Grimaldo Jr
School
October 14, 2021
Our thoughts and prayers are with Maria and family. He was always friendly and warm hearted. We will miss his smile. May God hold you all in His arms and comfort you.
MARY JO COOPER
Friend
October 9, 2021
What a great guy who everyone liked. Big smile and so much fun to see coming. I´m am very sorry to see this. My sympathy to Maria and family.
Tim Bryan
October 8, 2021
My condolences for the loss of your loved ones. May The God of all comfort and tender mercy, comfort your hearts and grant your family peace during this difficult time. 2 Thessalonians 2:17
em
Other
October 8, 2021
Showing 1 - 5 of 5 results