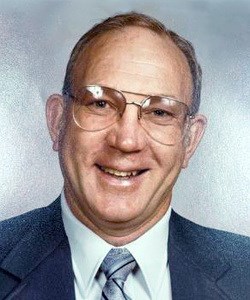 "I'm going to see a man about a dog". That was his routine reply to his young children when he left the house each day for practically any reason. He has left us now, and we are sure he has that same agenda.

Donald and his twin brother Ronald were born in Ft. Worth, Texas. The twins and their older brother, Cooper, Jr. were raised on the game of football by their father, career Texas high school football coach Cooper Robbins, Sr, TAMU class of '28. Donald and his brothers played on their father's 3A state championship football team at Breckenridge High School in 1951. The brothers all went on to attend Texas A&M on football scholarships, while their father was hired as an assistant football coach at Texas A&M.

Don was a member of A Company and a "survivor" of the legendary Junction Boys in 1954. Playing tight end and as honorary co-captain, he was a member of the Texas A&M Southwest Conference championship team of 1956. After graduation in 1956, he remained on as a graduate assistant under Coach Bear Bryant while achieving his Master's Degree in Education.

At graduation Don was commissioned as a 2nd Lieutenant and after 1 year of active duty in the U.S. Army, Don made football coaching his life-chosen career just like his father had chosen before him. From 1957-1972, Don coached at the high school level as well as the collegiate level. As defensive coordinator at UTEP, he helped the team to victory in the Sun Bowl in 1967. As head coach for the University of Idaho, his 1971 team won the Big Sky Conference championship and he was voted conference Coach of the Year. He also remained in the U.S. Army Reserve until 1974.

In 1978, Don began the 2nd phase of his career, switching from coaching to public school administration. During this same time period, he and his wife Judy joined other administrators from across the country for yearly summer trips across the globe to see other countries and experience different cultures. He retired in 1991, and they elected to return to Aggieland, where he regularly attended and supported Aggie men's and women's sports up until this year. Even in retirement, however, his principles never changed from those engrained since his childhood. He continued to advocate for hard work, individual effort, personal accountability, and teamwork as the key components to winning and success, both on the field and in life.

In lieu of flowers or gifts, Don and family request that donations be made to the Texas A&M Veterinary Hospital, the Aggieland Humane Society or the charity of your choice.