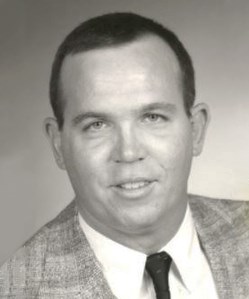 Ed Marcinkiewicz was born on February 27, 1962, to Edmund and Alice (Brast) Marcinkiewicz in Bellville, Texas. He was baptized and confirmed in Sts. Peter and Paul Catholic Church. After graduating from Bellville High School in 1980, Ed attended Blinn Junior College on a band scholarship where he was also the editor of the Blinn Log. Upon receiving his Associate of Arts degree, he then transferred to Texas A&M where he received his degree in Education in 1985.

Early in his career, Ed briefly taught American History and was the head track and cross country coach at Brazos High School in Wallis, Texas. He led a team that qualified for the state meet, with several of his competitors eventually attending college on cross country scholarships.

Ed returned to Texas A&M in 1987 to begin a two-decade stint on the Aggie coaching staff where he earned a lofty reputation as one of the nation's most knowledgeable evaluators of talent. A dogged recruiter and excellent developer of an athlete's talents, he played a pivotal role in A&M's rise to nationally elite status from the mid to late 1980s and into the 1990s. From 1998 to 2004, Ed built the Aggie women's team into a nationally competitive program through a leadership style dictated by a vision for long-term success for individual student-athletes.

In a competitive, largely cut-throat and unforgiving environment, Ed deftly combined a steely competitive spirit with a principled approach to coaching and recruiting that earned him a level of respect unsurpassed in the profession. A master of technique and teaching, he led many to an elite level of performance through an innate ability to see potential that they did not see in themselves. This was particularly evident in his uncanny ability to develop otherwise ordinary competitors into nationally elite athletes in the women's high jump and heptathlon.

He led 22 athletes to All-America status, including 1989 NCAA outdoor high jump champion Melinda Clark, and mentored 13 individual conference champions. He was named the Southwest Conference Men's Cross Country Coach of the Year in 1991 by leading the Aggies to their highest SWC finish in 25 years. Ed was inducted into the Cross Country Coaches Association of Texas Hall of Fame in 2016 and the Bellville Sports Hall of Fame in 2017.

After leaving coaching, Ed joined M-F Athletic and Perform Better where he sold track and field and strength training equipment. He leveraged his experience as a consumer with his knowledge, creating a unique ability to help athletes and coaches. Combining that passion and intensity with a focus on customer service, he continued as a force in developing athletes and relationships across multiple sports.

Ed continued to apply his many talents to a variety of aspects of the sports world. As a writer, he frequently contributed to Texas Track and Field News magazine and was a regular play-by-play announcer on Bellville Sports. He also frequently served as an invited guest speaker at track and field seminars around the state and region.

Shortly after joining M-F Athletic, Ed returned to Austin County where he took on his favorite role of "Uncle Ed". His greatest joys were his nephews and niece, and he was there for almost all of their events. He travelled across Texas to support them in their Robotics competitions as well as many band concerts and contests from junior high through high school. He was also there for their athletic competitions from Little League to junior high athletics to high school sports. He even let himself get "suckered" into coaching a few seasons of youth soccer. They loved their time with Uncle Ed and the frequent trips to the bookstore and movies.

As a man, a friend, an uncle, a brother and a son, Ed was the epitome of the servant leader. A self-taught athlete and coach from his days growing up in Bellville, Ed was the ultimate example of how uncommon intelligence and hard work, fortified by competitiveness borne of struggle, can transform one's life and those fortunate to come under that person's influence, guidance and friendship. Ed had friends everywhere he went and at every level of the sport. His uncommon abilities as a coach, teacher, mentor, friend and leader of the highest order invested Ed with an immense popularity and devotion from all who knew him well. In life, Ed was a shining example of Texas Aggie values and his Catholic faith. His passing creates a bottomless void as we have lost a pillar of strength, poise, reason and intellect that enriched our lives.

Ed passed from this life peacefully on Friday, July 16, 2021, at his home in Cat Spring, Texas, surrounded by his family and at peace with his destiny. He set an example that provides endless inspiration and an impossible standard for us to match.

He was predeceased by his parents, Edmund and Alice Marcinkiewicz, grandparents Alfons and Cecilia Marcinkiewicz, Gustav and Eliza Brast, and numerous aunts and uncles.