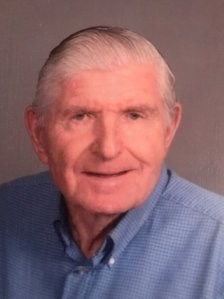 Eugene "Gene" Roznos, 81 passed away Tuesday, June 8th, 2021 at Brazos Valley Hospice. Visitation will be held Thursday, June 10th, 2021 from 5 to 7 p.m. with recitation of the Holy Rosary at 7 p.m. at the Memorial Funeral Chapel in Bryan. Mass of Christian Burial will be held Friday June the 11th, 2021 at 10 a.m. at St. Joseph's Catholic Church in Bryan. Interment will follow at Mt. Calvary Cemetery.

Gene Roznos was born January 23, 1940 in Marak community outside of Cameron in Milam County, Texas, the child of Matilda Roznos Sapp. He was raised by his grandparents, Rudolph and Rosina Roznos and grew up living with his Uncle Millard and Aunt Angeline Mowdy. Gene attended Cameron High School and graduated from Rogers High School in 1959. He enlisted in the Army in 1961 and was stationed in the Louisiana 49th Armed Division, Sp5 during the Cuban Crisis and was honorably discharged on January 31st, 1965. Gene was married to the love of his life, Shirley Roznos on November 17, 1962. He retired as a self-employed businessman and owned Gene's Equipment Sales for 35 years. He loved fishing, hunting and spending time with his family. He loved his grandchildren so much.

He is preceded in death by his mother, Matilda Roznos; his grandparents, Rudolph and Rosina Roznos; in-laws, Louis and Vlasta Fillip; numerous aunts, uncles and cousins.

He is survived by his wife, Shirley Roznos of Bryan; two daughters and sons-in-law, Glenda and Charles Marino of Bryan, and Nannette and Randy Ripple of College Station; and grandchildren Joey Marino and fiancée Amy Loke, Jonathan Marino, Justin Ripple and Tiffany Ripple.