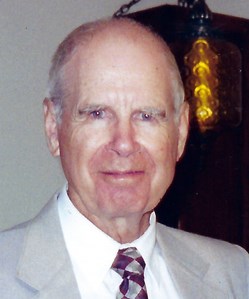 Foy was born December 31, 1922, to John Brock and Alice Shaw McCasland. He grew up on a ranch in Mills County. He graduated from Texas A&M in 1945 where he received a Doctor of Veterinary Medicine degree. While attending Texas A&M, Foy met and fell in love with Margie Sikes. They were married November 28, 1946. They had three children: Rod, Connie, and Mike.

Foy became a Christian early in life, served as an elder and was a wonderful preacher and inspiring teacher. He loved the Lord and served him throughout his life.

Foy enjoyed woodworking and could build almost any piece of furniture imaginable. All of his children have beautiful grandfather clocks that he built the cabinets for. They are cherished.

Foy loved playing tennis and played three times a week until he was in his eighties. He was very active most of his life. Foy and Margie raised three faithful Christian children who feel blessed to have been born to Christian parents who they know made them better people.

Foy was preceded in death by his loving wife of 71 years, Margie McCasland, and his sisters Molene and Brockie.

The family would like to express their appreciation to Brookdale Assisted Living in New Braunfels and the Brookdale Hospice Care for their excellent care.

There will be a private family graveside service for Foy on Monday, November 16, 2020 at the Goldthwaite Memorial Cemetery in Goldthwaite, Texas.

In lieu of flowers, the family asks that you donate to the Humane Society in Foy's name. 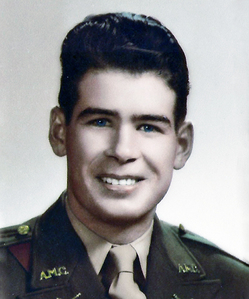