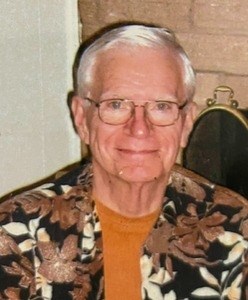 Services for Gene Paul Ort will be held Friday, July 23, 2021, at Callaway-Jones Funeral & Cremation Center, beginning with Visitation from 12:30-1:30 pm, and Celebration of Life, officiated by Certified Celebrant, Dawn Lee Wakefield, at 1:30pm.

Gene was born to parents Eugene and Stella Budney Ort in Pittsburgh, Pennsylvania, on November 5, 1937. He attended at the University of Pittsburgh and played baseball there for one year. He transferred to Newark College of Engineering, earning his B.S. degree in Mechanical Engineering.

While raising their family Gene enjoyed travel with Sharon and sharing the outdoors, especially hunting and fishing with his sons as well as coaching them in Little League baseball. After he retired, he became a researcher and writer on topics of Christian faith. He is the author of "Resonant Trinities" (2010) and "Eve's Creation Story: My Week on Eden" (2013).

Gene died on July 11, 2021, in Bryan. He was predeceased by his parents and daughter, Tamara Jo Ort Reid. He is survived by his wife Sharon, daughter Laura D. Ort, sons Randall C. Ort and Jeffrey D. Ort, six grandchildren, and five great-grandchildren