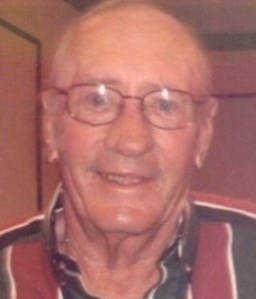 George Patrick "Pat" Webb (82) of Iola, beloved husband, father and Papa went to be with his Lord and Savior Jesus Christ on February 13, 2021 while at home surrounded by his family. Pat was born on August 16, 1938 in Houston, Texas to Oma Cecil Webb and Ruby Leona Smoot Webb. Pat married Betty Veles on June 4, 1961 and remained a devoted husband for 59 years.

Pat was preceded into heaven by his father Oma and mother Ruby, and brother, James Robert "Bob" Webb. He will be deeply missed by his wife, Betty; daughter Julie Thornton and son-in-law Mark Thornton; grandchildren Kristen Snokhous and son-in-law Jason Snokhous, and Alyssa Thornton; and great-granddaughter Emma, as well as many beloved nieces and nephews, great-nieces and great-nephews, other extended family members and many dear friends.

Pat gave his life to Christ at Enon First Missionary Baptist Church in Iola and was a faithful member, Sunday School teacher, Deacon and Church Treasurer.

We want to show our love and appreciation to our son-in-law, Mark Thornton, who was with us every day to see to Pat's special needs, which helped us so much to be able to keep Pat in his home.

In lieu of flowers please make donations to Iola Missionary Baptist Church 9337 County Road 106 Iola, Texas 77831. Southern Heritage Funeral Home of Bedias is in charge of arrangements.
To plant trees in memory, please visit our Sympathy Store.
Published by The Bryan-College Station Eagle on Feb. 18, 2021.
MEMORIAL EVENTS
Feb
20
Visitation
1:00p.m. - 2:00p.m.
Zion Cemetery
Feb
20
Funeral service
1:00p.m.
Zion Cemetery
GUEST BOOK
2 Entries
Betty and Julie, I am so sorry to see Pat has passed away. My thoughts and prayers are with you. May all the wonderful memories give you comfort.Jeannie
Jeannie Boring
February 22, 2021
Hearing this news is very sad. Pat was the first and my favorite person to work with as an apprentice at Atlas Air Conditioning back in the late 60ties. I also liked working with Bob, but for those of you who knew them both Bob was always serious and down to business and me being in my teens at that time Pat was a lot of fun. I have so many great memories from working with both of them. Although I haven´t seen Pat in many years he will be missed. He was a fine person and I am so proud I had the opportunity to work and get to know him.
George Finch
February 18, 2021