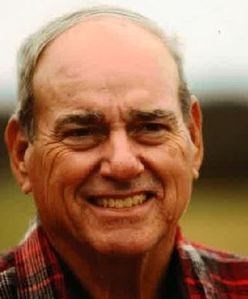 Henry Julius Bonorden, the youngest of seven children, was born April 5, 1938 in Port Lavaca, Calhoun County, Texas to Ella and Arthur Bonorden. He attended Port Lavaca schools and participated on the track and football teams, graduating Salutatorian in 1956. Henry attended Texas A&M University on a football scholarship under Bear Bryant. He was also on the Varsity track team at Texas A&M University in the shot put from 1958-60, earning TAMU track MVP in 1960. Henry was a member of Alpha Omega and the Corp of Cadets. Henry graduated with a Bachelor of Science from TAMU in 1960.

After, he was in the Army reserves for 8 years and was honorably discharged in 1968 as a 1st Lieutenant. On September 1, 1961 he married Dorothy Ann "Dee" Edwards in Victoria, Texas. The same year he returned to Texas A&M to work on his Masters of Education. Henry began his career in education at Bryan ISD in 1964. Four years later, he moved to Hearne as the Federal Programs Director. In 1972 he became Principal of Hearne Junior High School until he moved to Assistant Superintendent in 1974, the same year he completed his PhD (totaling over 300 credit hours!). In 1975 Henry became Superintendent of Hearne Schools, retiring 21 years later in 1996. After, he was interim superintendent in Snook, Buckholts and Bremond ISDs.

Henry was a member of the Lions Club since 1970 and of the Gause Methodist Church since 1968. He was a lifelong follower of Christ, known for his love of God and neighbor. In November 2020 Henry retired after 22 years as a member of the Gause School board. Henry grew up in agriculture and was an avid rancher near Franklin then Gause since the mid-1950s. There was not a weed he did not know how to dispatch! He also loved to travel and visited all 50 states and South America in his lifetime.

To plant trees in memory, please visit our Sympathy Store.
Published by The Bryan-College Station Eagle on Feb. 28, 2021.
MEMORIAL EVENTS
No memorial events are currently scheduled.
To offer your sympathy during this difficult time, you can now have memorial trees planted in a National Forest in memory of your loved one.
Funeral services provided by:
Memorial Funeral Home
GUEST BOOK
Sponsored by Memorial Funeral Home Hearne.
2 Entries
Sympathy and Condolences to the Family during this difficult and challenging time. Henry was a Classmate of `60 and will be remembered at our Reunions. He will be missed. Tom Wisdom `60 Class Agent
Tom Wisdom `60
March 4, 2021
Our deepest sympathy to you, Dee and your & Henry's whole family. It was such an honor to know Henry as a friend and nearby neighbor. Rock & Rosanne Ely
Rock & Rosanne Ely
March 1, 2021