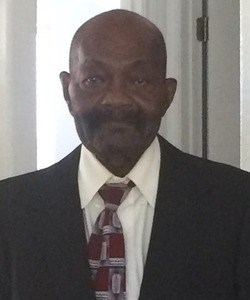 Mr. Joel Ned Alexander, Sr. was born on June 17, 1924 in Snook, Texas to Mr. Henry and Clara Alexander. Joel confessed his hope in Christ at an early age and later united with Shiloh Baptist Church in Bryan, Texas. Mr. Alexander attended school in Snook, Texas and was drafted into the United States Army. He is a veteran of World War II, November 15, 1945 – October 26, 1946. He served 7 months and 29 days in Austria, fighting in three battles in one year. During his tour of duty, he received an Asiatic-Pacific Battle Ribbon, Army of Occupation Ribbon-Germany, Victory Ribbon 1 with Overseas Service Bar. He was also a Mason in the St. John Scottish Rite Grand Lodge, Hiram Lodge No. 4 of Bryan.

He was employed at the City of Bryan, U.S. Postal Service and retired from Texas A&M University after 19 yrs., as a supervisor for heavy equipment operators.

He enjoyed his family, friends, fishing, cards, music, and dancing in his leisure time. He was married to Helen Alexander and to this union thirteen children was born. He was preceded in death by his parents, wife (Helen), and three children (Pamela, Willie, and Charles Alexander).

Published by The Bryan-College Station Eagle on Nov. 21, 2021.
To plant trees in memory, please visit the Sympathy Store.
MEMORIAL EVENTS
Nov
22
Visitation
10:00a.m. - 7:00p.m.
Jones - Washington Mortuary - Bryan
508 E. Martin Luther King Street, Bryan, TX
Nov
23
Service
11:00a.m.
Shiloh Baptist Church
502 E. Martin Luther King Jr., Street, Bryan, TX
Funeral services provided by:
Jones - Washington Mortuary - Bryan
MAKE A DONATION
MEMORIES & CONDOLENCES
Sponsored by Jones - Washington Mortuary - Bryan.
8 Entries
Mr. Jody was a great man. He always had a smile on his face and a kind word for everyone who he came in contact with. He will be deeply missed. Praying for the many family members and friends.
Felicia Benford
Family
December 1, 2021
To the Alexander Family know that we are praying for you during this difficult time. Continue to keep your hand in God's hand and He will comfort you.
Blessings
The Gibbs Family
Margaret Gibbs Brooks
Margaret Gibbs Brooks
November 23, 2021
My sincere condolences to the Alexander family. May God continue to strengthen you and fill you with wonderful memories of Mr. Jody. I love you all.
Liz Green-Dove
Friend
November 23, 2021
Wishing you strength and comfort through this difficult time.
Ollie Baugh
Other
November 23, 2021
Deepest heartfelt condolences to my nephew Broderick Alexander and the rest of the Alexander family my thoughts and prayers are with you all during these difficult times continually praying for you all. John, Precilla and kids
Precilla Janis
Friend
November 22, 2021
Our deepest condolences. Our prayers are with you and your family, Denise.
Pete & Loretta Garcia
November 22, 2021
Thinking about and praying for you Ron and family!
Trey S.
November 22, 2021
As the days and weeks pass, and as you return to life's routine, may you continue to feel comforted by the love and support of family and friends.
Darlene Williams
Family
November 21, 2021
Showing 1 - 8 of 8 results