Judy was born in Fort Worth to Ted E. and Wilhelmina Franklin, the fourth of seven children. The family subsequently moved to Bryan where Judy grew up and graduated from Stephen F. Austin High School in 1964.

Judy was in the first class of women admitted to Texas A&M and graduated in 1968, majoring in journalism. While at A&M she was editor of the A&M Review. For this and many subsequent activities her department later named her an Outstanding Journalism Graduate. Judy went on Iowa State University, earning a master's degree in journalism in 1970. She also earned an MBA at the University of Houston in 1984.

Judy had a long and illustrious career, both in development and journalism. In addition to working with Harvard and the Texas A&M Health Science Center in development, her experiences also included teaching English at the University of Tehran until the onset of the Islamic Revolution forced her students to shelter her safely off campus.

Judy was an Aggie to the core, proudly representing A&M in everything she did, including being a past president of the Houston A&M Club. She moved back to College Station in 2000 and was working with Texas AgriLife Communications Department at the time of her death.

Judy lived giving of herself to her family and friends. She will be deeply missed by the residents and staff at Crestview where she spent most evenings with her father. She will be missed by many friends, coworkers and most of all, her family who depended greatly upon her to keep open lines of communication, foster relationships and nurture each of us in her own unique and selfless way.

She is survived by her niece and nephew, Jon and Daphna Ausburn, who were her children. She is also survived by her father, Ted Franklin, DVM; sisters, MaryAnne Franklin of Santa Fe, N.M., Betty Harrelson and husband, Bruce, of Erie Colo., and Janis Franklin of Bremond; brothers, John Franklin and wife, Sharon, of Lynchburg, Va., and Joe Franklin and wife Cheryl, of College Station. She also survived by numerous nieces and nephews whom she most deeply loved, Lisa Southworth, Jill Snyder, Josh Campbell, Eric Fraim, Luke and Walter Witosky, and Cody and Hannah Franklin.

To plant trees in memory, please visit our Sympathy Store.
Published by The Bryan-College Station Eagle from Apr. 13 to Apr. 18, 2011.
MEMORIAL EVENTS
No memorial events are currently scheduled.
To offer your sympathy during this difficult time, you can now have memorial trees planted in a National Forest in memory of your loved one.
GUEST BOOK
25 Entries
Judy and I were journalism classmates at A&M. We worked together on the College of Liberal Arts magazine, The Review. She was a caring and gererous lady. When my wife to be arrived by bus from TWU for the Boot Dance, sans luggage, Judy loaned her a formal. What a sweet and talented lady.
Stephen Korenek '68
May 4, 2011
Just by accident searching the internet I learned of Judy's passing as well as the passing of Martha's passing in 1996. The Franklin family is in my prayers at this time.
David Norris
April 28, 2011
Judy's Mother was my Mother's Aunt. I have fond memories of our visits to the Franklin's home. Our nickname for her was "Judy Bug" because a comment was made years ago by my Dad that Judy looked "Cute as a bug" in her new glasses! We would put on plays in the garage and Judy would orchestrate it all, no easy task as our family is large too. We lost touch until a few years ago and it was good seeing her again, she was the sweet, friendly and loving person I remembered. God Bless and keep you "Judy Bug", we will miss you!
Diane Tallas Stroope
April 18, 2011 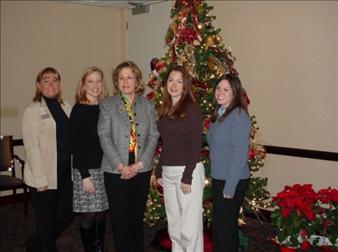 I will miss Judy. She was an inspiration and a role model to me. She taught me by example: patience, kindness, generosity and how to be a leader. I loved her sense of humor and very glad to have had her in my life. God bless her friends and family. She was truly an angel. Marlies Sheppard '94
April 18, 2011
Ordinarily after a big event, I could count on Judy to stroll into my office to evaluate it as only two journalists can.

So I waited to add my thoughts here until after her service today. I can hear her glowing commentary about the beautiful singing by the young ladies, especially her niece. I can see her patting her brothers on the back for their loving remarks. I can imagine her delving into the scripture and sermon with the minister then heading over to the organist to tell her she did a great job. I see her smiling at all of us who filed in and out of the pews as she remembered what she shared with each of us. And I see her holding her father's hand to offer all the comfort she possibly can.

And then, if I were to continue on and on about this, she would look at me wryly and say, "come on, Kathleen, get a grip" followed by a laugh, of course.

We are able to "get a grip," Judy, because of the role you played in our lives. And for that, I'm grateful.
Kathleen Phillips
April 18, 2011
Judy was a member of our monthly Applebee's dinner group. She will forever be in our hearts, as we celebrate her "homegoing" with her family and friends.

What a beautiful celebration service today. I pray that God will comfort and strengthen you all in the days ahead, and that your fond memories of Judy will sustain you.
Applebee's Dinner Group
April 18, 2011
Judy, I miss you! I miss your sharp wit, your tremendous sense of humor, and perhaps most of all, your thoughtful wisdom and encouragement.
Bill Gibbs
April 18, 2011
Leigh Avery
April 18, 2011
Judy was so alive and vibrant that this is an incredible blow. My heart goes out to her griefving family. Her loss leaves a hole in the universe. Kay Kendall, former co-worker, Houston TX
Kay Orth Kendall
April 18, 2011
I first knew Judy in the Journalism classes when I was finishing my degree in 1965-66. We had more contact when I was editor of The Texas Aggie magazine for 31 years. Remember taking photos when she organized the Houston A&M Club train arriving for a football game at Kyle Field.
She was a credit to A&M Journalism and will be missed.
Jerry Cooper '63
Jerry Cooper
April 17, 2011
My family first met Judy when our son Nathan and Jon became friends at the age of 6. We enjoyed her laughter and fantastic personality. She cared for Jon and Daphna through their growing up years as if they were her own kids! We will miss her.
Karen Watt
April 17, 2011
My husband and I met Judy in Greece, was with her in Iran, and lived close to her in Houston. She was so smart and quick-witted. We had some really fun times with Judy and she could always make me laugh at almost any situation. We haven't seen Judy in many years, but we won't forget her. She was definitely one of a kind and can't be replaced.

William Wade
former president, HAMC
william wade
April 14, 2011
Judy was such a ray of sunshine and had a smile from ear to ear. She always asked about my young daughter and gave me a hard time about my hot pink and zebra office decor. Judy will be missed by so many. May she rest in peace.
Valerie Weber
April 14, 2011
I am so fortunate to have reconnected with Judy decades after we graduated from high school. She was down to earth, honest, and had a delightful sense of humor. No one could ask for more in a friend.
Rosemary Lege
April 14, 2011
This week, our Extension Facebook page had 2865 fans. While this may seem an odd fact to post on Judy's guest book, she would have loved that those numbers kept increasing by leaps and bounds. Judy was part of my team, and her skills in social media (in our online world) were just beginning to be realized. I was happy that she was part of my team, and she used that zeal in all that she touched here--video, web content, marketing projects. Her knowledge and willingness to jump in to any project and make it shine was so appreciated. For those who knew her outside of work, those social skills, grace and energy were already apparent. And though she had a lot of life left to live, she led a rich, full life filled with friends, coworkers and family. She will be truly missed.
Kathy Koza
April 14, 2011
Rest in Peace Judy, you will be missed.
Sharon Newland
April 14, 2011
Judy will be missed by us all at Texas Agrilife and by her dear family. She always had a smile and great personality. May God Bless her family at this time. She will be another angel in Heaven to watch over us all. Peace be with you all.
Michele Lenoir
April 14, 2011 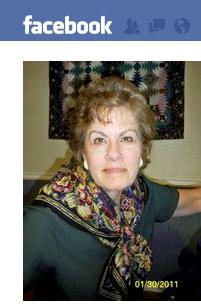 Having worked with Judy for the past 3 years, I can say that she'd take special joy in knowing I was sharing a memory of her in an online format.

Judy filled many important roles in our communications shop over the past several years, but most recently had been leading our efforts in social media (Facebook, Twitter, blogs, etc.). Just the week before her very untimely passing, I had spoken with her about what a phenomenal job she had been doing adapting her myriad skills and experience in all areas of writing and communication to the unique style that social media requires. Not only was she providing meaningful communications, but she was representing the AgriLife family in a friendly, professional and engaging way. As she lived her "offline" life, she was leading AgriLife's online life...through grace, charm and eloquence.

Her loss will be felt is no many areas of our work, not the least of which being the friend and humorist we all enjoyed being around. The biggest condolence I can offer for our group, and for her family, is that Judy left behind what is most treasured. Laughter, inspiration to do good work, and a commitment to something bigger than yourself. She'll be missed terribly, but never forgotten.
Max Malloy
April 14, 2011
My thoughts and prayers are with you all at this time.
Renee Bork
April 14, 2011