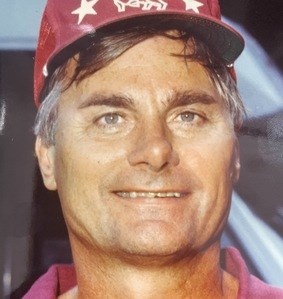 Ken was born in Brazos County to Mack Irvin and Lurleen Crenshaw Cooner. He grew up on the family farm outside Wellborn, Texas and attended College Station schools. He graduated as part of the Fightin' Texas Aggie Class of '63. Ken served in the U.S. Army and was Operations Officer/Chief, Rhine River Terminal, Germany from June 1964 to July 1966.

After his Army service Ken received a Business degree from the University of Texas in Austin. He worked for General Tire and Rubber in Waco and concurrently earned his MBA from Baylor University. Ken then began his career in the investment industry working for Merrill Lynch in the positions of Operations Manager, Sales, Branch Manager, and Resident Vice President. He was located at various times in Las Vegas, Memphis, New York, and Knoxville.

Ken moved with his family to Destin, Florida in 1991 and worked as an Investment Advisor with A.G. Edwards for 11 years. He finished out his career at Aggieland Credit Union, having moved back to College Station to be a help to his mother after his father's death.

Ken was very intelligent with a quick wit and dry sense of humor. He stayed physically active with weights, jogging, and racquetball. Nothing pleased him more than spending time with his son Nathan, who was the pride and joy of his life. Recently, his two-year-old granddaughter, Julianna Faith, became the light of his life.

Ken is predeceased by his parents and brother Harold. He is survived by wife Karen of Aledo; son Nathan and Abby and granddaughter Julianna of Fort Worth; daughter Kathy; sister-in-law Katie Cooner of Austin; nephew Scott and Pam Cooner and their family Cameron, Braden, and Kelsey of Arlington. He is also survived by his wife's family: sister-in-law Pat and John Cope of Knoxville, Tennessee; brother-in-law Ken and Jennifer Brewer and their family Micah and Catherine; brother-in-law Jerry Brewer, all of Wartburg, Tennessee.

Ken was a man of faith and prayed for his family. He believed and trusted in his covenant with the Lord Jesus Christ. James 1:25: "But the one who looks into the perfect law, the law of liberty, and perseveres, being no hearer who forgets but a doer who acts, he will be blessed in his doing."

Services will be held 11:00 am on Monday, September 27, at Callaway Jones in Bryan, Texas with visitation prior to the service at 10:00 am. Burial to follow at Aggie Field of Honor.