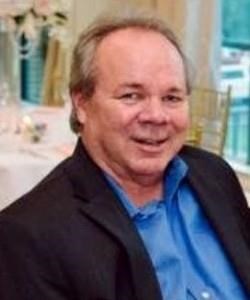 Michael Lynn Allen, 59, of Dallas, Texas, deceased on April 6, 2021, from complications related to a stroke. While this was unexpected, he passed away surrounded by family and friends.

Mike was born in Rockdale, Texas, on September 3, 1961, where he was raised and graduated from Bryan High School. He was member of the Fightin' Texas Aggie Class of 1985, Whoop! He graduated with a degree in Business Management. He was ambitious and hard working and went on to develop a successful carrier in investment banking and commercial real estate lending.

Mike was a devout fan of Texas A&M University and its traditions. He was especially a fan of the football team and attended 5 kickoff camps where he acquired a football helmet signed by Jimbo Fisher, which was added to his extensive collection of memorabilia. This passion provided him the opportunity to reunite with a former high school classmate who became the love of his life, Martha.

Its no surprise he loved Texas A&M given its strong sense of community and strive for excellence because those were among his highest personal values. He treasured making special memories with cherished friends and family through traveling and event planning. Mike lived his life to the fullest and could always be depended upon for a good time.

Michael's funeral service will be held on Sunday, April 11, 2021, at 2:30 pm at the Aggie Field of Honor Chapel. In lieu of flowers, the family would be honored to have donations sent to the Texas A&M 12th Man foundation which can be found online at https://12thmanfoundation.com/membership-giving/ways-to-give/index.html.