Richard Peterson was born May 26, 1926 on a farm outside of Valley, Nebraska, the child of Arthur and Hazel Peterson, brother of Ronald (Patricia Peterson) and Constance (Norman Elston). Rich graduated from Benson High School in Omaha, Nebraska and enlisted in the United States Navy on his 18th birthday. He served as a hospital corpsman during World War II. Upon discharge from the Navy, he attended Coe College in Cedar Rapids, Iowa, graduating with a bachelor's degree. It was while he was attending Coe College that he met his wife, Carolyn (Abbott) Peterson; they were married on August 12, 1950. He declared her the "love of my life" until the time of his death.

Rich discovered his passion for theater while in high school, and again during college. It was this love of theatre that led him to teach high school English and to direct plays, first at Omaha Central High School and later Bloom Township High School in Chicago Heights, Illinois. When Prairie State College in Chicago Heights was founded, he was tapped to develop the Speech and Theatre Department curriculum, ultimately chairing the department through his decades-long career teaching Speech, Theatre, and English at the college. During this time, he obtained two master's degrees, and directed multiple plays each year. "Mr. Pete" was beloved by his students and colleagues, remaining in communication with many until his death.

Upon the death of his wife Carolyn in 1991, Rich moved to Seattle, Washington to live near his brother, sister-in-law, and their large family. While in Seattle, Rich volunteered with an organization supporting children of parents with HIV and directed several musical cabaret productions featuring a former student. After the death of his brother, Rich returned to Illinois where he volunteered teaching computer literacy to seniors. He moved to Texas for his final years, where he resided until his death. Rich was a loving, kind, and silly person who shared his abundant love, humor, and wisdom with his family, students, friends, and caregivers.

For the last 25 years of Rich's life, he was a practicing Buddhist, and his beliefs guided his life and actions. Rich is survived by his daughters, Mindy (Thomas Glover), Cheri Peterson, and Betsy Peterson (Connie Langellier); as well as his grandchildren Kate (Tony Maduzia), Jake, and Garrett Tieder. Also surviving are his three great-grandchildren, John, Angie, and Mike Maduzia.

A Celebration of Life service is being planned, refer to Callaway-Jones for information on this service. In lieu of flowers, please make a memorial contribution to The Michael J. Fox Foundation or the Parkinson's Foundation. 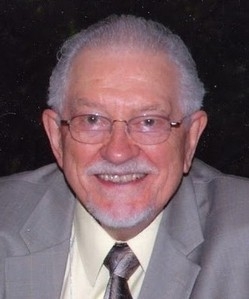 To plant trees in memory, please visit our Sympathy Store.
Published by The Bryan-College Station Eagle on Jun. 6, 2021.
MEMORIAL EVENTS
No memorial events are currently scheduled.
To offer your sympathy during this difficult time, you can now have memorial trees planted in a National Forest in memory of your loved one.
Funeral services provided by:
Callaway-Jones Funeral Home
MAKE A DONATION
Please consider a donation as requested by the family.
MEMORIES & CONDOLENCES
Sponsored by Callaway-Jones Funeral Home.
0 Entries
Be the first to post a memory or condolences.