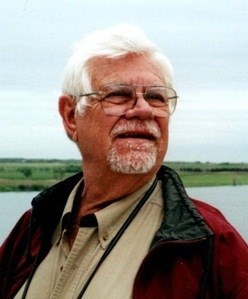 Softly call the muster…William Richard "Dick" Casbeer passed away October 13, 2021. Services will take place at a later date where he will be interred at the same time as his wife.

Born March 31, 1933 to Bryan and Ruth Casbeer in Lampasas, Texas. Dick grew up in Lampasas and upon graduating from high school there he attended college at Texas A&M and graduated with a degree in Civil Engineering. In 1957, Dick married Myra Grace Kessler and relocated to Waco, where they raised their children: Richard and Ruth. Dick retired as Director of Transportation Planning and Development, Waco District, after a 39-year career with the Texas Department of Transportation. The Casbeers were long-time members of First Presbyterian Church of Waco where he served as a church elder.

Everyone who knew Dick (fighting Texas Aggie class of 1954), knew he was an A&M man through and through. In addition to all maroon sports, he participated in fantasy sports leagues and never tired of good game of poker with his children and grandchildren.

Published by The Bryan-College Station Eagle from Oct. 29 to Oct. 31, 2021.
To plant trees in memory, please visit the Sympathy Store.
MEMORIAL EVENTS
To offer your sympathy during this difficult time, you can now have memorial trees planted in a National Forest in memory of your loved one.
Funeral services provided by:
Wilkirson-Hatch-Bailey Funeral Home
MAKE A DONATION
MEMORIES & CONDOLENCES
Sponsored by Wilkirson-Hatch-Bailey Funeral Home.
5 Entries
My deepest condolences to you and your family. I came to work at Carriage Inn a few months before Myra passed. I got to love her in such a short time. And got to know Mr. Dick as well. I'll never forget him he was always watching his sports and doing his fantasy leagues. And when he was doing his monthly bills... Was always listening to old country music. He surely is missed. Again my condolences on the loss of such a great and fascinating man..
Mary Jane Acosta
Work
November 2, 2021
So sorry for your loss!
Richard & Holly Blue
November 1, 2021
Ruth, you and your entire family have our deepest condolences for the loss of your dear Father.
Alecia Bilton-Ward
October 31, 2021
It was my pleasure to know Myra &Dick as a young girl. I babysat for their kids when they were young and enjoyed being family friends through Lake Shore Presbyterian Church. God Bless you all my love and prayers.
Catherine Stanton Holm
Friend
October 29, 2021
Mr Dick I miss you Sir...may you rest in peace as you stroll across Heaven with your sweet wife...
Patsy conrad
Work
October 29, 2021
Showing 1 - 5 of 5 results