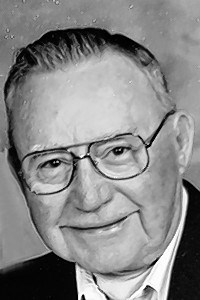 BORN
1926
DIED
2019
FUNERAL HOME
Gay & Ciha Funeral and Cremation Service
2720 Muscatine Avenue
Iowa City, IA
BERNARD STEPHEN "BERNIE" MELLECKER Hills Bernard Stephen "Bernie" Mellecker was born Aug. 20, 1926, in Hills, Iowa, to Francis and Josephine (Doyle) Mellecker. He passed away Monday, Dec. 30, 2019, at Atrium Village. Bernie attended grade school at St. Joseph's School in Hills and University High School in Iowa City, graduating in 1944. He was then inducted into the Army and attended Basic and Advanced Infantry Training in Texas, before being deployed with the Sixth Infantry Division to the Philippine Islands. At the end of World War II, Bernie's division was sent to Korea as part of the occupation troops, where he served as division headquarters company clerk until his discharge in November 1946. Being a member of the U.S. Armed Forces and a World War II veteran, as well as participating in the Honor Flight to Washington, D.C., on Sept. 21, 2016, were some of Bernie's proudest accomplishments. Upon his return from the Army, Bernie went to work for Joyce Lumber Co. in Hills, where he was the manager until 1954. On May 24, 1949, he married Phyllis Stika at St. Joseph's Catholic Church in Hills. They resided in Hills until 1964 and then moved to Iowa City, where Bernie worked for Iowa Lumber Co. until 1974. In between, they were blessed with five children: Margery, James, David, Julie and Susan. In 1974, Bernie took a job with the University of Iowa as director of the motor pool, where he remained until his retirement in 1989. He and Phyllis did much traveling and camping in retirement. In 1983, they moved back to a home south of Hills, where they resided until moving to Atrium Village in 2009, where Phyllis passed away in 2010. Bernie is survived by his children, Margery (Mike) Pottorff, James (Vickie), David (Margaret), Julie (Paul Whitten) and Susan; grandchildren, Scott (Gina) Pottorff, Cree (Brandy) Pottorff, McKenzie Mellecker, Kelly Mellecker, Chloe (Paul) Butler, Lisa Mellecker (Mike Considine) and Eli and Ava Vargason; great-grandchildren, Andrew and Michelle Pottorff, Caleb Gingerich and Harriet Butler; sisters, Delores Latta and Eileen Yotty; and sisters-in-law, Jean Mellecker and Janet Mellecker. Bernie was preceded in death by his parents; his wife, Phyllis; brothers, Gerald "Stub" Mellecker and Kenneth "Red" Mellecker; and brothers-in-law, Duane Latta and Marvin Yotty. Bernie was a member of the VFW 6414 in Riverside, the American Legion 0457 in Lone Tree, a past member of the Iowa City Noon Optimists, Johnson County Izaak Walton League, Knights of Columbus, Hills Volunteer Fire Department and Hills Ball Association, where he played fast-pitch softball for many years after World War II with the Hills Wildcats and coached Little League baseball for several years. Bernie had a keen sense of humor, was an ardent storyteller and a captivating conversationalist. He was an avid outdoorsman and an incredible caretaker to his wife Phyllis in her later years. A sweet man and overall "good egg" who was loved by many, Bernie will be greatly missed by his family and the many friends he acquired throughout his life's journey. A Mass of Christian Burial will be held at 10 a.m. Saturday, Jan. 4, at St. Joseph's Catholic Church in Hills with burial in St. Stanislaus Cemetery, rural Hills. Visitation will be held from 4 to 7 p.m. Thursday, Jan. 2, at Gay & Ciha Funeral and Cremation Service in Iowa City and will continue for one hour before services Saturday at the church. Memorials may be directed to Bernie's family for a designation of their choice at a later date. To share a thought, memory or condolence, please visit the funeral home website at www.gayandciha.com.
Published by The Gazette on Jan. 1, 2020.
To plant trees in memory, please visit the Sympathy Store.
MEMORIAL EVENTS
Jan
2
Visitation
4:00p.m. - 7:00p.m.
Gay & Ciha Funeral and Cremation Service
2720 Muscatine Avenue, Iowa City, IA
Jan
4
Visitation
9:00a.m. - 10:00a.m.
St. Joseph's Catholic Church in Hills
IA
Jan
4
Mass of Christian Burial
10:00a.m.
St. Joseph's Catholic Church in Hills
IA
Funeral services provided by:
Gay & Ciha Funeral and Cremation Service
MAKE A DONATION
MEMORIES & CONDOLENCES
Sponsored by Gay & Ciha Funeral and Cremation Service.
7 Entries
Bernard put me in my place and said some thngs to me while he was our hired man that I've remembered all my life. Some how when Bernard told something I listened.
Paul Klein
Other
December 25, 2021
I haven't lived in the area for 65 years but I have always kept up with developments that have taken place over the years. I don't know if he deserves all the credit for revamping St. Stanislaus Church when the ground hogs were about to ruin it but he headed up the fund raising and oversaw the reconstuction which was a monumental task. I hope there is a plaque or something similar acknowledging his contribution. If not, one should be made and placed in a prominent place for all to see when they visit the cemetary and/or church.
A. Paul Klein
Friend
December 25, 2020
MY LOVE AND GRATITUDE GOES OUT TO THE MELLECKER FAMILY. THEY SHARED THEIR DAD WITH ME WHEN HE CARRIED ME INTO THE HOUSE AFTER I BROKE MY LEG IN THIRD GRADE. HE STAYED TILL MY FOLKS GOT HOME AND HAS BEEN MY HERO EVER SINCE. YEARS LATER, HE FIXED MY U OF I CAR, ALOT, AND LOVED TO TEASE ME ABOUT THE OLD DAYS.
HE WILL LIVE IN MY HEART, AS MY HERO, FOREVER...GOD BLESS YOU ALL!!!! BTW...NOBODY EVER MADE BETTER SNICKER DOODLES THAN YOUR MOM!!!
DEBBIE MILLER
January 3, 2020 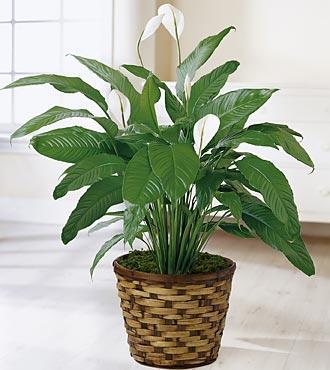 a loved one
January 3, 2020
I remember Bernard as our hired man when he was only 17 years old. I also remember him as a good 2nd baseman for the Hills softball team, Mgr of the lumber yard and in charge of renovating St. Stanislaus church. All good memories; he will be missed by a lot of people.