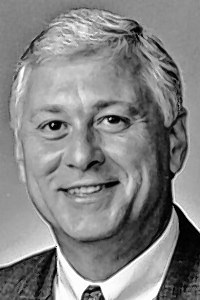 BORN
1953
DIED
2022
FUNERAL HOME
Goettsch Funeral Home - Anamosa
306 East First Street
Anamosa, IA
DAN (PAUL DANIEL) MCNAMARA Anamosa Dan (Paul Daniel) McNamara, 68, of Anamosa, Iowa, passed away peacefully in his home with his family at his side following a battle with pancreatic cancer on Monday, Jan. 3, 2022. Funeral services will be held 11 a.m. Saturday, Jan. 8, at the Goettsch Funeral Home, Anamosa, where friends may call from 9 until service time. Pastor Mike Martin will officiate at the services. Thoughts, memories and condolences may be left at goettschonline.com. Masks are not required but strongly recommended. Dan will be dearly missed by his many friends and family including his daughter, Kelley McNamara (Shiloh Reiter); his grandchildren, Jacey Skye Thomas, Riley Caven and Brady Caven; his brother, Dave (Ruth) McNamara; sister, Linda Weiler; sister, Therese (James) Hartwig; sister-in-law, Jean McNamara; many loving nieces and nephews and countless friends. Dan touched the lives of so many and our memories of him will live on for years to come. He was preceded in death by his son, Chad, in 2005; his parents, Loras and Nadine McNamara; his brothers, Thomas McNamara and Jerry McNamara; and niece, Shawna Kachel. Dan was born in Osceola, Iowa, on March 12, 1953, the fourth of six children of Loras and Nadine McNamara. The family returned to live in Anamosa shortly there after. He received his education in Anamosa, and graduated with the class of 1972. Dan married Sue Boddicker in the fall of 1972, and the family grew to include children Chad and Kelley. They raised their family in Anamosa and Marion. Dan was a wonderful father and grandfather and was deeply loved by his entire family. Dan was kind hearted, a gentle jokester and fun to be around. His family and friends will remember him as an avid outdoorsman. He found joy in all things outdoors in camping, hunting, trapping, fishing, canoeing and anything that led to exploring the beauties of God's creation. He also traveled many, many miles on his electric bike as yet another way to explore the great outdoors. Dan was a man faithful to God and through prayer and personal study of the scriptures, he became a born again Christian in the early 1980s. He worked for KTOF Christian Radio in Cedar Rapids and was also the founder and executive director of "Inform Iowa Christian Crisis Line." He was a member of Berean Bible Church in Monticello, Iowa, and treasured the love and support he received from the members there. Dan worked hard all of his life in a variety of jobs. He worked at Anamosa Peoples Natural Gas and then went into various jobs including car sales, radio advertising and as a sales representative for plumbing supplies. In 1989 when his parents retired, he purchased their businesses including McNamara Laundry and Dry Cleaning in Anamosa and Monticello as well as a full line Vending Business serving factories, offices and schools in Eastern Iowa. In 1994 he built, owned and operated the "Petro-N-Provisions' (P-n-P) Convenience Store in downtown Anamosa. Dan finished his career in the trucking business as an owner-operator where he once again enjoyed being outside and traveling. Special thanks to the staff at the Mercy Hall Perine Cancer Center and especially to Dr. Ann Stroh and for the comforting care of the Hospice of Mercy staff.
Published by The Gazette on Jan. 5, 2022.
To plant trees in memory, please visit the Sympathy Store.
MEMORIAL EVENTS
Jan
8
Calling hours
9:00a.m. - 11:00a.m.
Goettsch Funeral Home - Anamosa
306 East First Street, Anamosa, IA
Jan
8
Funeral service
11:00a.m.
Goettsch Funeral Home - Anamosa
306 East First Street, Anamosa, IA
Funeral services provided by:
Goettsch Funeral Home - Anamosa
MAKE A DONATION
MEMORIES & CONDOLENCES
Sponsored by Goettsch Funeral Home - Anamosa.
0 Entries
Be the first to post a memory or condolences.