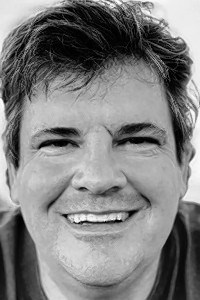 BORN
1972
DIED
2021
ABOUT
Linn-Mar High School
LESLIE G. THOMPSON Buxton, Maine Leslie Gene Thompson, 49, of Buxton passed away Sunday, Nov. 7, 2021, at Piedmont Newton Hospital in Covington, Ga. Leslie "Les" was born in Westbrook, Maine, on Jan. 8, 1972, the son of Leslie Artell Thompson and Jean Marie (Abernathney) Thompson. He grew up in Sebago Lake, Maine, with his parents and sister, Becky until his early teens when the family moved to Marion, Iowa. Since a young child Les was always building something new or taking things apart and putting them together again. After graduating from Linn-Mar High School, it was natural for him to attend Kirkwood's Automotive Collision and Refinishing Program. After working various jobs in Des Moines and Omaha, Les found his Dream job as an instructor at WyoTech in Laramie, Wyo., in 2005. Les made many friends while at WyoTech he talked about how he had found what he truly wanted to do. There were other plans for Les, he reconnected with his high school sweetheart Beth she was from Maine. Les picked up his life and made the move to follow his heart. June 19, 2010, Les and Beth were married. He was a devoted father to all three of his kids. Les's knew what true love was when he saw his first son, Dustin J. Moyer, was born in 1990. They may have had a rocky start, however, the end relationship is what matters the most!! He also welcomed Tristan and Chloe. He was a stay-at-home Dad to Tristan and Chloe and did an amazing job! He enjoyed so many things. He restored old cars, 1973 Roadrunner, 1972 Plymouth Duster, to name a couple. He had many talents. He could build anything you asked him to. He had his own computer repair business, Eagle Extreme Computers. In recent years, his interests grew into crypto currency, 3D printing, playing and restoring pinball machines, cooking BBQ, camping in the summer, watching movies or just doing anything with family, weather it's siblings, nieces, nephews, grandchildren, cousins or in-laws. Les touched so many people's lives as he will continue to do for many years to come! He was preceded in death by his maternal and paternal grandparents along with his mother and father. He leaves behind his wife, Beth Thompson; children, Tristan and Chloe Thompson, Dustin and Kayla Moyer; three granddaughters, Addy, Ellie and Summer Moyer; sister, Rebecca (Thompson) Clark; and a brother, Kevin Howe. Visitation: 10 to 11 a.m. Saturday, Dec. 4, with memorial services at 11 a.m. at First Congregational Church 107 E. First St., Anamosa, 52205.
Published by The Gazette on Dec. 2, 2021.
To plant trees in memory, please visit the Sympathy Store.
MEMORIAL EVENTS
Dec
4
Service
10:00a.m. - 11:00a.m.
First Congregational Church
107 E. First St., Anamosa, IA
Dec
4
Memorial service
11:00a.m.
First Congregational Church
107 E. First St., Anamosa, IA
MAKE A DONATION
MEMORIES & CONDOLENCES
0 Entries
Be the first to post a memory or condolences.