BORN
1920
DIED
2021
Arthur W. Barron
Born: October 30, 1920 in Ottawa, IL
Died: October 24, 2021 in Santa Barbara, CA
Arthur W. Barron, 100, formerly a resident of Joliet, Illinois died on October 24, 2021, at his home in Santa Barbara, California.
He was born in Ottawa, Illinois to Arthur William and Elizabeth Catherine (Pleskovitch), and was the oldest of 11 children. He was preceded in death by his parents and his brothers and sisters and their spouses, including Francis (June) of Ottawa, IL; Lawrence (Doris) of Clearwater, FL and Ashville, NC; Lorraine Barber (Daniel Riordan and William Barber) of Ottawa, IL; Paul (Gertrude) of Ottawa , IL; Shirley Miller (Richard) of Davenport, IA; Adele Schott (James) of Ottawa, IL; Ruth Turner (Richard) of Northbrook, IL; Donna Barron of Deerfield, IL; John Barron (Charlotte) of Lexington, NE; sister-in-law Nancy Barron of Lincoln, NE; Zeta Conrad (Jack) of Ottawa, IL.
Art graduated from Ottawa High School and attended the University of Illinois. During his senior year, like many of the Greatest Generation including four of his siblings, he answered the call to duty to serve in World War II. With dreams of becoming a pilot, he enlisted in the Navy Air Corp in 1942. He attended pre-flight school but was medically discharged due to a condition in his eye. Still committed to serve, he reenlisted in the Navy that same day and was assigned to the USS Myles C. Fox, a destroyer which provided escort to aircraft carriers in the South Pacific and later served in the occupation in Japan along with Allied Forces at the end of the war. He was honorably discharged with the rank of Radarman 3rd Class.
He returned to the University of Illinois and completed a Bachelor of Science degree in accounting. He fulfilled his dream of becoming a pilot and obtained the first private pilot's license in Ottawa. He would take his father who was an avid hunter, flying over his duck blinds on the Illinois River so his father could see the blinds from a duck's perspective. When he met his future wife, Mary Freeman, his father told him he would have to give up flying, because he now had responsibilities. Art and Mary married on May 22, 1948, in Whitefish Bay, WI.
He became licensed as a Certified Public Accountant and obtained a Master of Business Administration from the University of Chicago. He served a six-decade career in healthcare administration with the Franciscan Sisters of the Sacred Heart, a religious order which ran thirteen hospitals in the Midwest and California. When he retired, he was described as a "Man with a Mission," an attribution to both his strong faith and business acumen. Following his retirement, he was a founding member of QueensCare, a non-profit corporation created to provide healthcare to low-income residents of Los Angeles County and served on the board of directors of many healthcare organizations including the St. Francis Foundation in Santa Barbara.
Art loved the outdoors, starting in his youth with camping and canoe trips with his brothers, his attainment of Eagle Scout rank and his job as a water safety director in Ottawa. His lifetime passion included photography, and he was rarely seen without a camera in hand. He loved to travel to Alaska where he enjoyed visiting his daughter Margaret, wildlife photography, cross country skiing and dog mushing in the Alaskan wilderness. Throughout his life, Art was dedicated to fitness, and he could be seen jogging with his Springer Spaniels through the streets of Joliet. He enjoyed swimming and water sports and learned to SCUBA dive at the age of 80. After celebrating his 100th birthday, he regularly walked the hills with his hiking poles near his home in Santa Barbara. Art's genuine soul and optimistic outlook endeared him to many whom he touched throughout his life, including more recently, the neighbors and dogs he met on his daily walks.
Art devoted his life to the care and well-being of his family. His dedication as a father was especially evident in the lifetime of loving care that he provided to his special needs daughter, Paula. He was preceded in death by his wife of 67 years Mary M. (Freeman) who passed away on March 12, 2016, in Santa Barbara, her parents Albert and Margaret Freeman of Milwaukee, WI, and his daughter Paula of Santa Barbara. He is survived by his daughters Margaret Barron of Soldotna, AK, and Mary E. Barron (Edward Stetson) of Santa Barbara, CA and many nieces and nephews.
The family is grateful to Lucia Perez, who provided loving care to both Art and Mary during their senior years.
A graveside memorial service will be held on December 4, 2021, at 11 AM at Saint Columba Cemetery in Ottawa, Illinois.
In lieu of flowers, donations would be appreciated to the Ottawa American Legion, Post 33, 901 La Salle Street, Ottawa, Illinois 61350. 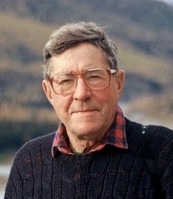 Published by The Herald-News from Nov. 23 to Nov. 27, 2021.
To plant trees in memory, please visit the Sympathy Store.
MEMORIAL EVENTS
Dec
4
Graveside service
11:00a.m.
Saint Columba Cemetery
Ottawa, IL
MAKE A DONATION
MEMORIES & CONDOLENCES
3 Entries
My condolences. I met your father long ago in Santa Barbara through Miles Sharkey and gave him an Ottawa Old and New book. A great man - I still remember.
Erika Schmidt, Ottawa
November 29, 2021
Margaret and Mary, my deepest sympathy on the passing of your father. Your parents were really wonder people. Friend from college. Sincerely, Joyce
Joyce Baskerville
Friend
November 28, 2021
Will keep Arthur B. in prayer. May he rest in Peace
Johana Lozano associate with FSSH
November 24, 2021
Showing 1 - 3 of 3 results