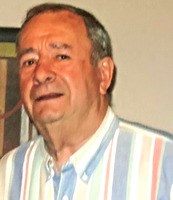 Richard W. Baum
Richard W. Baum of Rockdale, IL. Passed away suddenly after a surgery on November 13, 2021, at Amita Health Saint Joseph Medical Center at the age of 82. Richard is survived by his loving wife Mary Jane of 61 years. Children Geralyn (Sam) Wyke, Todd (Teri) Baum, Dawn (Michael) Dumas, Chad (Lori) Baum He was blessed with 8 grandchildren Christine (Butch) Dykstra, Matthew (Jen) Wyke, Nicholas Wyke, Kyle and Logan Baum, Maxwell Dumas, Joshua and Casey Baum, and 8 great-grandchildren Luke, Ethan, Emily, Ella Dykstra, Kinzley, Teagan, Brexton, Gavin Wyke, and Numerous cousins, nieces and nephews.
Preceded by his death his parents Margaret and Robert Baum, two brothers Robert and Paul and a sister Sylvia and Daughter Tammy Aleshire.
Richard retired in 1988 from Joliet Police Department after 21 Years of service, worked for 10 years as a private detective, and finished his career as Police Chief at Rockdale Police Department for 13 years.
He loved spending time with his Family. Although he didn't have any hobbies Richard was a huge NASCAR Fan and enjoyed the occasional trip to the casino along with an ice-cold beer. Big Thank You to Doctor Patel and his Nurse Cindy. His wishes were to be cremated along with private services. No visitation.
Published by The Herald-News from Nov. 15 to Nov. 18, 2021.
To plant trees in memory, please visit the Sympathy Store.
MEMORIAL EVENTS
To offer your sympathy during this difficult time, you can now have memorial trees planted in a National Forest in memory of your loved one.
MAKE A DONATION
MEMORIES & CONDOLENCES
4 Entries
Our condolences on your loss. Worked with Dick at JPD. He will be missed.
David Stoddard & family
Work
November 17, 2021
my best friend for 50 years my respects to all of you
Richard and Pat Talarico
Friend
November 16, 2021
We were in the Marycrest neighborhood for years, same street. Dick always waved, stopped to talk. Sorry for your loss, thinking of you Jane and family.
Terry & Patricia Peeples
Friend
November 16, 2021
Rich was a great guy who always treated us like family. He was fun to talk to and/or drink with. He and Jane raised a wonderful family, and his legacy lives on through his children, grandchildren and great grandchildren. We will miss you Rich!!! We are praying for comfort and peace for Jane and the entire family.
John and Amy Schroeder
Friend
November 15, 2021
Showing 1 - 4 of 4 results