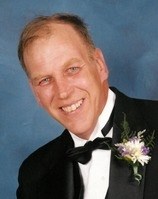 BORN
1948
DIED
2021
FUNERAL HOME
Fred C. Dames Funeral Home and Crematory
3200 Black at Essington Roads
Joliet, IL
Stephen M. Ringhofer
Stephen M. Ringhofer, of Joliet, passed away on Sunday, September 19, 2021, at the age of 72, at Edward Hospital. Stephen was born in Chicago on October 15, 1948, the son of the late John F. and Helen (nee Kurek) Ringhofer. Stephen grew up in Northlake and was a graduate of West Leyden High School. He was a proud Veteran of the United States Army, where he received a National Defense Service Medal, and completed his service in the military as a Captain in the US Army Reserves. Stephen continued his education at the University of Illinois where he received his bachelor and master's degree in Forestry. Stephen retired in 2013 from General Adjustment Bureau after 33 dedicated years as an Insurance Adjuster.
Stephen was a member of the North Eastern Illinois Adjuster's Association, spent several years as a youth basketball coach, was the Scout Master of Boy Scout Troop 228, and served in various roles as a volunteer in the Boy Scouts of America and at Rainbow Council Boy Scout Camp over 25 years. Stephen was a Vigil member in the Order of the Arrow, received the District Award of Merit, the Silver Beaver Award, and was a NESA Scoutmaster of the Year nominee.
Stephen's love of nature led him to Midewin National Tallgrass Prairie, where he spent six years as a floristic volunteer, working to restore the prairies to their original condition, and received the National Forest Service "Volunteers and Service Award" in 2019. Stephen stayed active, taking in everything that the outdoors had to offer. He enjoyed biking, fishing, gardening, wood working, cross country skiing, golfing, and Geo-catching all over the country with his wife. He also loved spending time in northern Wisconsin where he could always be found with a chainsaw in his hand. More recently, Stephen could be found with a fishing pole in his hand at Woodhaven Lakes. He was an avid Chicago Cubs and Bears fan. Stephen loved spending time at his grandkids events and will be missed on the sidelines.
Stephen is survived by his loving wife of 48 years, Davida L. (nee Hunter) Ringhofer; son, Thomas (Jennifer) Ringhofer; grandchildren, Gavin, Dylan, and Autumn Ringhofer and Katie Pyszka; siblings, Richard (Dorinda) and Douglas (Judi) Ringhofer; and his brothers-in-law, David (Elizabeth) Hunter, Robert (Sharon) Hunter, and Wayne (Dori) Hunter. Numerous nieces and nephews also survive.
He is preceded by his parents; mother-in-law, Evelyn Hunter; and uncle, Robert Ringhofer.
Visitation for Stephen L. Ringhofer will be held on Sunday, September 26, 2021, from 2:00 to 5:00 p.m. at the Fred C. Dames Funeral Home, 3200 Black Rd. (at Essington Rd.), Joliet, IL. The members of Waupecan Lodge #197 Order of the Arrow will be conducting a Broken Arrow Ceremony for their fallen arrowman at 4:00 p.m. In accordance with the State of Illinois guidelines, masks will be required.
Funeral Services will be held on Monday, September 27, 2021, at 11:00 a.m., at the funeral home. Interment will follow at Abraham Lincoln National Cemetery with full military honors held under the auspices of the United States Army and the Abraham Lincoln National Cemetery Memorial Squad.
In lieu of flowers, memorials in his name to Midewin Alliance c/o Midewin National Tallgrass Praire, 30239 South IL State Rt 53, Wilmington, IL 6048, would be appreciated.
For more information, please call the Fred C. Dames Funeral Home at 815-741-5500 or visit his Memorial Tribute at www.fredcdames.com where you can share a favorite memory or leave an online condolence.