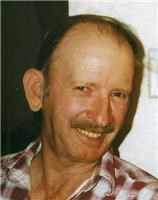 He is preceded in death by a son in law, Jim Allen; four sisters; and one brother.

Visitation will be Tuesday from 4 – 8 p.m. at Abbott Funeral Home, Inc., Delphi. His funeral service will be there Wednesday at 11a.m.; Rev. Ed Selvidge officiating.

To view his obit or send an online condolence to the family, visit: http://www.abbottfuneralhome.com