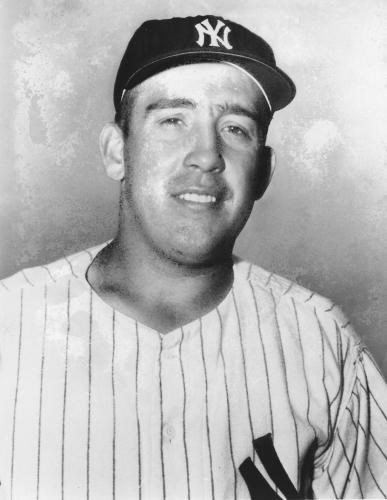 John “Zeke” Bella, Jr. passed away on November 17, 2013 at the age of 83, surrounded by his loving family. He was born in Greenwich, Connecticut to the late John Bella, Sr. and Ann Belicka on August 23,1930.
John is survived by his children, Kathryn Bella-Korman and son-in-law David Korman of Riverside, CT, Diane Bella of Leverett, MA, Mary Bella-Glasscock and son-in-law Michael Glassock of Irving, TX. He leaves behind his five beloved grandchildren, Luke Bella-Spooner, Brianna Glasscock, Hannah Korman, Seth Bella-Hunter and John Bella-Hunter. He also leaves behind many nieces and nephews and wonderful friends. He was predeceased by his wife, Lorraine “Corky” Bella; son James Joseph Bella and his brother Roger Bella.
Zeke attended Greenwich High School and graduated in 1946 at the age of sixteen. At Greenwich High, he played varsity baseball and varsity basketball. He was also the quarterback that year and went undefeated and was awarded the Waskowitcz Trophy. He attended a military academy for a year before moving on to semi-pro baseball. He signed with the Yankees in 1951 and played in the team's farm system for several years. After serving in the U.S. Army from 1951 to 1954 during the Korean War, he returned to baseball in 1955. He was called up to the Yankees at the end of the 1957 season.
One of his greatest joys was playing for the Yankees. While sitting on the bench, hoping and praying he would play, knowing his proud parents were watching from the stands; Yankee Manager, Casey Stengel looked over at him and said “you with the funny name, you're up”! Zeke was traded to the Kansas City A's in 1959. He retired from baseball at the end of the 1959. He was offered a “desk job” with the Yankee organization, but Greenwich, Connecticut kept calling his name. He joined the U.S. Postal Service until his retirement in 1985 and umpired junior and senior Babe Ruth and High School baseball games. He spent winters in Tequesta, Florida and worked part-time for Toyota of Greenwich surrounded by co-workers he loved. Zeke worked hard and played harder. He deeply loved his family, many friends, the game of baseball and most of all the Town of Greenwich.
Friends may call on Friday, November 22, 2013 from 4 PM to 8 PM at the Castiglione Funeral Home, Inc., 134 Hamilton Ave., Greenwich, CT 06830. A service will be held on Saturday, November 23 at St. Paul's Lutheran Church, 286 Delavan Avenue, Greenwich, CT. at 10:00 AM. The entombment will be private.
In lieu of flowers memorial donations may be made to Meals on Wheels, 89 Maple Ave., Greenwich, CT 06830 or Greenwich Jr. Babe Ruth League, 23-2 Fairfield Road, Greenwich, CT 06830.
Published by The Hour from Nov. 20 to Nov. 21, 2013.
To plant trees in memory, please visit the Sympathy Store.
MEMORIAL EVENTS
To offer your sympathy during this difficult time, you can now have memorial trees planted in a National Forest in memory of your loved one.
Funeral services provided by:
Castiglione Funeral Home
MAKE A DONATION
MEMORIES & CONDOLENCES
26 Entries
I never meet your Dad but he was a friend of my Uncles when he played ball in the HD league and I've heard many stories about his ball days here in Nova Scotia,He starred on the 49 and 50 Dartmouth Arrows and was a Hugh reason they won the championship for those years.Heat felt condolences to all the family

A Dartmouth fan
December 18, 2013
May God bless you and your family in this time of sorrow.
irene rev.21:4
November 24, 2013
To all the Bella family - your dad/grand dad will be sincerely missed. His enthusiasm, wit, humor and love touched so many. I cannot avoid smiling whenever I say his name. He was a wonderful person who touched so many lives and will never be forgotten. He is now at peace and up with Corky smiling down on all of you. Treasure the beautiful memories to help you heal at this sad time.
Mike & Jessica Pfalzgraf
November 22, 2013
Dear Kathy & family,

I am so sorry to hear about your Dad's passing, my condolences to all.
Hoping your treasured memories
bring you comfort day by day.
May the Lord comfort your hearts as only He can do.

Stephanie
stephanie moreira
November 22, 2013
Dear Kathy and family,
It made me sad to see the name Zeke as I knew it must be Mr. Bella. I only met him once, and thought he was a cool guy. Afterwards, I heard about his days as a Yankee, and was surprised, because he seemed a very humble man, and upon reflection wished I had known to ask for his autograph if only to acknowledge a great accomplishment. I hope your happy memories will be of some comfort...
Diane Cece
November 21, 2013
Kathy, Diane & Mary; We can't express in words how sorry we are to hear about Zeke.We will cherish the memories of all the great times both in Greenwich & Fla. Our thoughts and prayers are with you.
Carole & Dave Robbins
November 21, 2013
My deepest sympathy to "Zeke's" family and friends. The Town of Greenwich has lost a very special citizen. May you be comforted by the respect, love, sympathy and friendship of many. From a loyal, die-hard Yankee fan, Toyota driver and Greenwich resident, Carol DiMassimo
Carol P. DiMassimo
November 21, 2013
Dear Cathy Diane and Mary, I am very saddened to hear of your Dad's passing. You know When I use to babysit for you girls, Zeke would always give me the most positive talks on the ride home. He gave me my 1st baseball glove with a faded Bella name inked into it when I was about 8. I was the happiest kid on the block!!!.My parents Kenny and Imelda, Loved Zeke and Corky and were very close, as Im sure you remember all the times with the Keegan,s and the memories at the K of C. It was a wonderful time to grow up in greenwich and your father was a caring,funny man, Loved by Us all, Ken Blume Jr and the Blume Family
November 21, 2013
Fond memories of zeke at the bank in cos cob. He was one of my favorite customers. Always brought a smile with him . My sympathy to his family.
Jeanetta Zehalka
November 21, 2013
Zeke upired my Babe Ruth League games in the 70s. I remember his tremendous enthusiasm, and absolute love of the game of baseball. Terrific ump and a great guy!

Andy Lohman
November 20, 2013
Rest in Peace "Zeke" We're sure your roaming the outfield in your "field of dreams"
Your Friends from the Greenwich Junior Babe Ruth League
November 20, 2013
I was saddened to learn of Zeke's passing. The Town of Greenwich was so blessed to have Zeke guide the youth in this town. He was a mentor and a friend to so many over the years. He was always a cheer at the YMCA.
Geoff Tatton
November 20, 2013
Even though I did not know Zeke personally I did see him play ball as a kid, also want to remember him as a vet. serving our country, RIP Zeke, you will always be remembered.
Dennie Cunningham
November 20, 2013
Goodby Zeke you will be missed by all. To Zeke's family I am soory he has passed,God bless you all
Bud Marshall, Fall Village, CT
November 20, 2013
I WAS LUCKY ENOUGH TO HAVE ZEKE'S BASEBALL CARD IN 1959.

I ALSO REMEMBER ZEKE BEING NAMED TO THE AMERICAN ASSOCIATION ALL STAT TEAM AS A FIRST BASEMAN WHILE WITH DENVER.

my condolences to the bella family.my mom's from byram and knew the bella's and belicka's.my uncle eddie matula went to school with "zeke" at ghs. i wish ihad met him..always heard so many great things about him. godspeed.
jim buckley
November 19, 2013
Showing 1 - 26 of 26 results