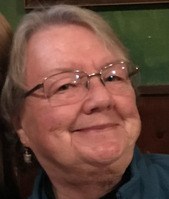 BORN
1939
DIED
2021
FUNERAL HOME
Collins Funeral Home
92 East Ave.
Norwalk, CT
Judith Chase Roberts Skidd
Judith Chase Roberts Skidd, 82, of Wilton, Connecticut, died of natural causes at her home on Thursday, August 26th, 2021.
A trained nurse, woodcrafter, and devoted wife, mother and grandmother, Judy spent her life dedicated to those she loved. First, as a faithful wife and then loving mother to her four children. During this time, she was not only an enthusiastic presence at every swim meet, but also played key roles in both the Roton Point Beach Club and the Wilton YMCA Wahoos Swim Team.
Later in life, Judy flourished as a woodcrafter. Her woodworking creations, which were showcased at craft shows and Simply Country in Wilton, meant a great deal to her; and it thrilled her to know that her artistry made others happy.
Judy, or MiMi, as we all called her, adored her grandchildren. Nothing made her happier than to spend time with them as they were growing up. The memories of nature walks, picnics in the grove, trips to the aquarium, days at the beach, camp MiMi, and holiday gatherings are etched into all of our hearts.
Judy was born in Roslyn, New York in April 1939, the daughter of Frederick G. Roberts and Doris Babcock Roberts. The family moved to Easton, Connecticut then to Darien, Connecticut in 1949, which is where she met Thomas P. Skidd, Jr., her loving husband of 57 years.
Judy is survived by her sister, Susan Roberts Taylor, her four children, Suanne Skidd, Sherry Boyd, Thomas Patrick Skidd III, and Jody Skidd-Tauken, and her four grandchildren, Shannon Boyd, Richard Wallace Boyd Jr., Daniel Tauken and Joanna Tauken, and her loving canine companion at the time of her death, Sprite.
She was predeceased by her husband; parents; and brother, Frederick (Rick) G. Roberts, Jr.
Services will be private.
Published by The Hour & Wilton Bulletin on Aug. 29, 2021.
To plant trees in memory, please visit the Sympathy Store.
MEMORIAL EVENTS
To offer your sympathy during this difficult time, you can now have memorial trees planted in a National Forest in memory of your loved one.
Funeral services provided by:
Collins Funeral Home
MAKE A DONATION
MEMORIES & CONDOLENCES
Sponsored by Collins Funeral Home.
4 Entries
Cousins Suanne, Sherry, Patrick, and Jody, I just want you guys to know that your mom, my Aunt Judy, was one very special lady. Most people are pretty good at giving hugs, but your mom wrote the book on the subject. I always knew she was glad to see me, not because she said so, but because her hugs said so - those awesome squeeze-hugs that made me know as a little boy when we would visit during the holidays that I was truly loved by her. Please keep spreading her hugs around - the world needs them more than ever. I´m so sorry for the pain that accompanies your loss, and I have no words to say beyond I´m sorry. But please know that your mom lives on strongly in my wonderful memories of her, and the memories of so many others as well.
Larry Lee Jr.
Family
September 2, 2021
Suanne, Sherry, Tom, Jody and all the Family: Please accept my heartfelt condolences not only for the loss of your Mother but also for the loss of your Father who until fairly recently, I was unaware had passed away. Your parents were both very genuine and fun people to be around. And I will always recall fond memories of good times Katherine, Johnny and I shared with them and your family at Roton Point. May their memories be a a blessing to you all. Keeping you all in prayerful thoughts, Guy, Johnny, and Juliana
Guy Balsamo
Other
August 30, 2021
We have so many wonderful memories of both Tom & Judy. And so many laughing moments. We send our thoughts and prayers to you all.
Bob & Linda Locke
Friend
August 30, 2021
My heart is smashed. My mind is lost. So much love and kindness from one person. She was a perfect mom for me, and I will always keep her there. She is now with my dad and god. They all will be kept close to my heart until it's my time to see them all again. I am at a loss for word to describe how much Mimi ment to me, and everyone she kept in her life. Missing her is missing the point. Mimi is my favorite person ever, and no one will ever ever ever come even halfway to that again n my life. Thank you Mom. Say hi to pop pop for me. I will keep going with your guidance given over the last 50+, and still do what I promised you both, but it just got magnitudes more difficult without either of you still physically here. Love and peace mom and dad. My god rest you souls.
Patrick Skidd
Family
August 30, 2021
Showing 1 - 4 of 4 results