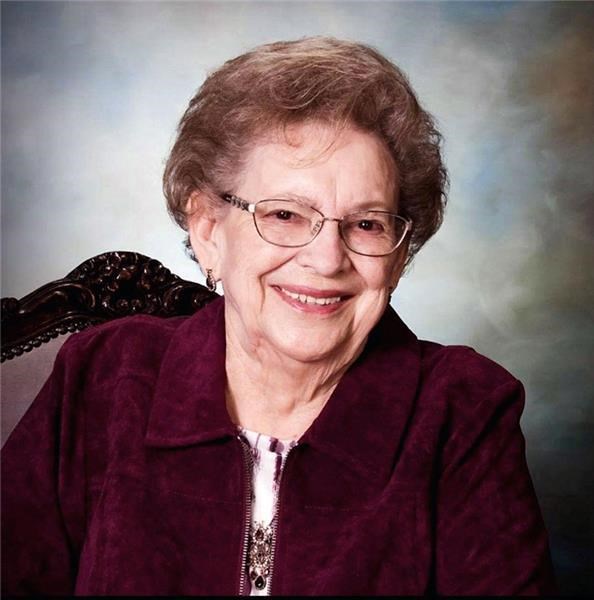 BORN
1934
DIED
2021
FUNERAL HOME
All Faiths Funeral Home
2929 South Locust
Grand Island, NE
Barbara "Barb" Ann Rakosky, 87, of Grand Island, passed away Tuesday, Oct. 12, 2021, at home with her family by her side.
A Celebration of Life service will be scheduled at a later date. All Faiths Funeral Home is entrusted with arrangements.
Memorials are suggested to ARC of Central Nebraska.
Barb was born Aug. 6, 1934, in Ord, to William and Froney (Adamek) Klanecky. She grew up in Ord, attending and graduating from Ord public schools in 1951. After graduation, Barb taught rural district school education in Valley County.
Barb was united in marriage to Wayne Rakosky on Oct. 10, 1953, in Ord. Four children were born to this union: Cathy, Carol, Steven and Alan.
In her younger years, Barb lived with her family on the Greg Ranch in the Fairdale area in Valley County, where she enjoyed riding her horse, Topsy. Later they moved to the family farm where she helped with the chickens and other farm chores until her graduation. After her marriage, Barb stopped teaching and began working as the office manager for the family business, Rakosky Well Drilling, while raising their four children.
Barb and Wayne moved to Grand Island in 1966 and later to Loup City in 1969, where they continued the well drilling company. In 1979, they returned to Grand Island, and in 1986, they returned to Ord to resume the family water well business in their hometown. After retiring in 2002, the couple returned to Grand Island.
Barb and Wayne spent many winters at Mesa, Ariz., vacationing with friends at several resorts. Barb was a member of St. Pauls Lutheran Church, the Grand Island Saddle Club and the Platt Deutsche. She also enjoyed her Ord birthday group, her special twice weekly coffee group, monthly pinochle card club friends, and her Wednesday hair salon friends.
Barb was a woman of great character, who lived life to the fullest with love, laughter, and so much strength. She will be greatly missed by her family and friends for always making people happy with her great sense of humor.
Those left to cherish her memory include her children, Cathy (Gary) Slater of Harvard, Carol (Dr. Dolf) Ichtertz of Grand Island, Steve (Barb) Rakosky of Hastings, and Alan (Deb) Rakosky of Grand Island; her grandchildren, Bobbie Jones of Phoenix, Ariz., Jenna (Jake) McFarlin and their children, Bryson and Peyton, of Phoenix, Ariz., Chase Jones of Phoenix, Ariz., and Kevin (Jessica) Kuta and their children, Colton and Nicole, of Lincoln; Andrea Slater Gulley (Dr. Chris Gulley) and their son, Lincoln, of Amarillo, Texas; Kendra (Brandon) Guthrie and their daughter, Scarlett. of Omaha; Rachel Rakosky (Jim Balow) of Mesa, Ariz.; Alec Rakosky (Sadie Sullivan) of Lincoln; and brother-in-law, Ron Wells of Cotesfield.
Barb was preceded in death by her husband, Wayne; parents, William and Froney Klanecky; four sisters, Wilma Foulf, Lillian Benson, Norma Krikac and Bonnie Wells; three brothers, William, Leonard, and Leon Klanecky; and a son-in-law, Vernon Kuta.
Online condolences may be left at www.giallfaiths.com.
Published by The Grand Island Independent on Oct. 14, 2021.
To plant trees in memory, please visit the Sympathy Store.
MEMORIAL EVENTS
To offer your sympathy during this difficult time, you can now have memorial trees planted in a National Forest in memory of your loved one.
Funeral services provided by:
All Faiths Funeral Home
MAKE A DONATION
MEMORIES & CONDOLENCES
Sponsored by All Faiths Funeral Home.
4 Entries
Steve, Alan and all your families, I am soooo very sorry for your loss, sending lots and lots of prayers/Hugs to all of you!!!!
KIMBERLY LANGE
Other
October 15, 2021
Prayers for your family, I am from the Scotia Area, and knew both of your parents, they were a hoot!
Kathy Kyhn
Other
October 14, 2021
May God bless you and your family in this time of sorrow.
Randy Piontkowski and Winona Piontkowski
Friend
October 14, 2021
So sorry to hear of your Mothers passing Al. She was a loving and caring Mom as one can tell from the wonderful family she had. May she rest peacefully in the Home Of The Lord God Bless your family..
Mary & Gary Picthall
Friend
October 14, 2021
Showing 1 - 4 of 4 results