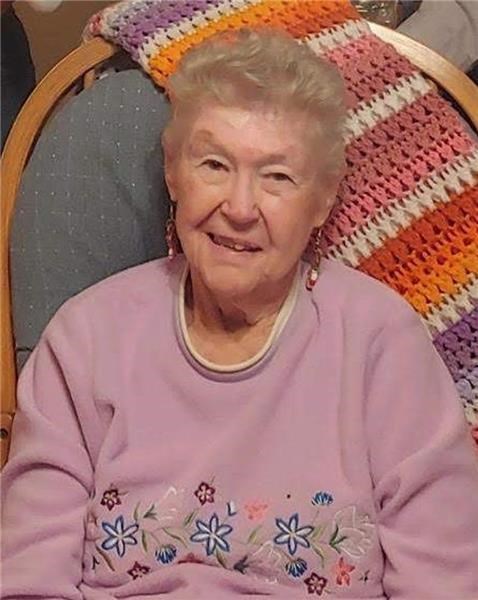 BORN
1933
DIED
2022
FUNERAL HOME
Reynolds-Love Funeral Home - Lexington
106 West 8th Street
Lexington, NE
LEXINGTON - Betty J. Ronnau, 88, of Lexington, died Sunday, Jan. 9, 2022, at her home in Lexington.
She was born June 21, 1933, in Webster County, Nebraska, to Vern and Pauline (Reeve) Kiehl. She attended school in the Guide Rock area and graduated in 1950.
She was united in marriage to Darrel D. Giger on June 17, 1950, in Guide Rock. To this union two sons were born, Larry and Garry.
She then worked as a nurse's aide until Darrel entered the service. The couple lived in California until he was discharged. They then lived in Pender, Kearney and Grand Island.
On Nov. 5, 1962, Darrel was killed in airplane accident.
On Feb. 2, 1964, Betty was united in marriage to Burdette (Ronnie) Ronnau in Grand Island. To this union one son was born, Michael. The couple lived in Alda and moved to Johnson Lake in 1973, then to Texas before settling in Lexington in 2011. Burdette passed away Feb. 7, 2013.
Betty was a longtime member of the United Methodist Church in the various places she had lived. She was active in the American Legion Auxiliary, American Cancer Society and also held many church offices.
She enjoyed reading, sewing and had crocheted many afghans.
Survivors include her two sons, Larry and wife Catherine Giger of Bertrand and Michael Ronnau of Phoenix, Ariz.; three grandchildren, Justin Giger, Nick Giger and Kyle and wife Victoria Giger; three great-grandchildren, Jaxen, Spencer and Jordynn Giger; as well as numerous, nieces and nephews.
Betty was preceded in death by her parents, two husbands, son Garry, sister Thelma Frans and a brother.
Betty's wish was to be cremated and a service will be held at Fort McPherson National Cemetery near Maxwell at a later date.
Memorials are suggested to the family for later designation.
Reynolds-Love Funeral Home in Lexington is honored to be assisting the family with arrangements.
Share online condolences with the family by visiting reynoldslovefuneralhome.com
Published by The Grand Island Independent on Jan. 13, 2022.
To plant trees in memory, please visit the Sympathy Store.
MEMORIAL EVENTS
To offer your sympathy during this difficult time, you can now have memorial trees planted in a National Forest in memory of your loved one.
Funeral services provided by:
Reynolds-Love Funeral Home - Lexington
MAKE A DONATION
MEMORIES & CONDOLENCES
Sponsored by Reynolds-Love Funeral Home - Lexington.
4 Entries
I was in several of our Methodist church activities with Betty & she was such a sweet lady. Although I did not know her for long, she will live in my heart forever!
Linda Mins
Friend
January 15, 2022
Sorry to read about Betty's passing. Our prayers are with the family. My wife is Margene Giger a cousin to Darrel and Johnny. I met Betty on several occasions. I knew her parents and her brother Harold.
Robert stueven
Friend
January 15, 2022
Prayers and Love to the whole Family...May your Grief be short and your Memories long..Rod & Glo Fields.
Gloria K Eppley Fields
Friend
January 13, 2022
My thoughts go out to the family -Mike your mom was a wonderful lady my mother thought the world of her she will be deeply missed -
Gary Vinzant
January 12, 2022
Showing 1 - 4 of 4 results