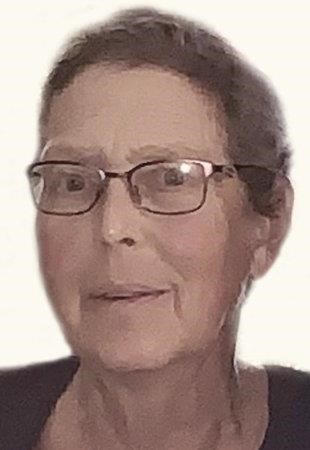 BORN
March 19, 1961
DIED
June 1, 2021
FUNERAL HOME
All Faiths Funeral Home
2929 South Locust
Grand Island, NE 68801
DONIPHAN - Carrie Lou Johnson, 60, of Doniphan, passed away Tuesday, June 1, 2021.
Friends and family are invited to a gathering to celebrate Carrie's life from 2 to 4 p.m. Friday, June 11, at All Faiths Funeral Home. Burial of ashes will take place in September in West Point.
Carrie was born March 19, 1961, in West Point, the daughter of Donald and Carol (Sellentin) Johnson. She grew up in West Point, graduating from West Point High School, class of 1979.
Carrie was an avid race horse trainer. Self-employed, she had worked at every track in Nebraska and also in Iowa.
In her spare time, Carrie loved to go to rummage sales and most of all, spoil her grandkids.
Those left to cherish her memory include her lifelong friend and companion, Randy Brock; her son, Matthew (Rebecca) Brock and their sons, Jordan and Ashton; and daughter, Amanda Brock, and her son, Bronx. She is also survived by her brothers, Scott (Erin) Johnson and Dan (Genene) Johnson; several nieces and nephews; and many extended family.
She was preceded in death by her parents.
Memorials are suggested to her family to be designated at a later date.
Online remembrances may be left at www.giallfaiths.com.
To plant trees in memory, please visit our Sympathy Store.
Published by The Grand Island Independent on Jun. 9, 2021.
MEMORIAL EVENTS
Jun
11
Celebration of Life
2:00p.m. - 4:00p.m.
All Faiths Funeral Home
2929 South Locust, Grand Island, NE 68801
Funeral services provided by:
All Faiths Funeral Home
MEMORIES & CONDOLENCES
Sponsored by All Faiths Funeral Home.
0 Entries
Be the first to post a memory or condolences.