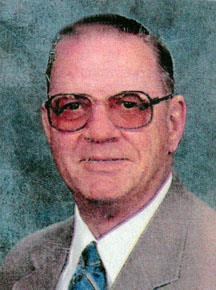 BORN
March 31, 1932
DIED
November 23, 2020
Clarence L. Parsons, 88, of rural Grand Island died Monday, Nov. 23, 2020, at Arbor Care Center in Fullerton.
Graveside services of burial of ashes will be announced at a later date. All Faiths Funeral Home is entrusted with the arrangements.
Memorials are suggested to the family for future designations.
Clarence was born on March 31, 1932, at Valley, the son of Theodore Sr. and Bessie (Ellsworth) Parsons. He lived on the family farm near Valley, later moving to Grand Island, graduating from Grand Island Senior High, class of 1950.
Clarence served in the U.S. Army during the Korean Conflict. While in the military he married Barbara Sass in 1952 in South Carolina. Following the military, Clarence was employed by the Union Pacific Railroad for 31 years. He then owned and operated United Buyer Supply Company, sales and construction of grain bins, farm building and center pivots.
Memberships included the American Legion, Grand Island Saddle Club, Izaak Walton League, Platt Duetsche and the Liederkranz. His enjoyments included hunting, fishing and Husker Football, having season tickets since 1962.
Those left to cherish his memory include his children, Merle (Roxie) Parsons, Charmaine Arp and Edward (Karla) Parsons; six grandchildren; seven great-grandchildren; and a great-great-grandson.
He was preceded in death by his wife, who died on March 3, 2004; his parents; and brothers, Theodore Jr., Dale, Don and Francis.
To plant trees in memory, please visit our Sympathy Store.
Published by The Grand Island Independent on Nov. 28, 2020.
MEMORIAL EVENTS
No memorial events are currently scheduled.
To offer your sympathy during this difficult time, you can now have memorial trees planted in a National Forest in memory of your loved one.
Funeral services provided by:
All Faiths Funeral Home
GUEST BOOK
0 Entries
Be the first to post a memory or condolences.