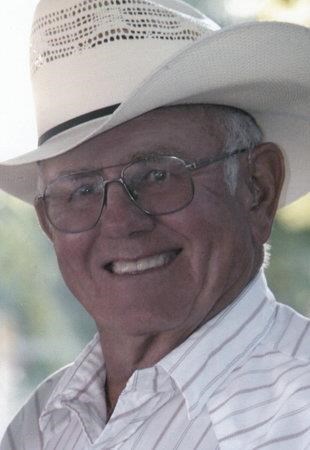 BORN
March 9, 1935
DIED
June 5, 2021
FUNERAL HOME
Higgins Funeral Home
321 O Street
Loup City, NE 68853
LOUP CITY - Eldon A. Lambrecht, 86, of Loup City, died Saturday, June 5, 2021, at Kearney Regional Medical Center in Kearney.
Funeral services will be at 10:30 a.m. Thursday at Immanuel Lutheran Church in Loup City, with the Rev. Shawn Kitzing officiating. Burial will follow in the Evergreen Cemetery at Loup City, with military honors provided by Loup City American Legion Post 48 and the Army National Guard.
Visitation will be from 5 to 8 p.m. Wednesday at Immanuel Lutheran Church. Memorials are suggested to the Loup City EMT's, Sherman County Senior Center or Immanuel Lutheran Church. Higgins Funeral Home in Loup City is in charge of arrangements. You can sign Eldon's guest book at higginsfuneralhomelc.com. The service will be livestreamed on the Higgins Funeral Home Facebook page.
Eldon Arthur Lambrecht was born March 9, 1935, at Prosser to Arthur and Leona (Katzberg) Lambrecht. He was baptized and confirmed at Christ Lutheran Church in Prosser. Eldon grew up and attended school in Wood River. He entered the Army in January 1955 and was honorably discharged in January 1956. On June 17, 1962, he married Cecelia Glane White at Wood River.
They lived in Wood River until 1975, when they moved to a farm north of Loup City where he spent the rest of his life. Eldon was a member of the Immanuel Lutheran Church and Loup City American Legion Post 48. After four years of missing her dearly, Eldon joined the love of his life, Glane, and they are reunited once again.
Eldon loved the outdoors, farming and raising cattle and horses, and riding around on the farm in his side-by-side wherever he wanted to go. Eldon enjoyed the rodeo and traveling around to rodeo events. One of his favorite events was team penning. He was community-minded, being on the Sherman County Fair Board for 25 years and involved with 4-H. Eldon hardly ever missed one of his grandchildren's sporting events and especially loved baseball. He also enjoyed reading. Eldon was known for his humor and always had a joke to tell. He was one of the first board members of the American Tarentaise Association.
Eldon is survived by his daughters, Suzanne and husband, Jeff Palu, of Grand Island and Dr. Jeane Lambrecht, Lt. Col., USAF of Dallas, Texas; son, Brett and wife, Becky Lambrecht of Loup City; daughter, Tracy and husband, Kirt Lukasiewicz, of Farwell; 10 grandchildren, Joshua Palu, Brady and wife, Katie Palu, Jaden Palu and special friend, Laura, Mackenzie Palu, Reilly and wife, London Lambrecht, Cole and wife, Alexa Lambrecht, Peyton Lambrecht and special friend, Mariah Lane, Sutton Lambrecht, Bailey and Paige Lukasiewicz; two great-granddaughters, Madden and Reagan Lambrecht; and sisters, Judy Rainforth of Sun City, Ariz., and Carolyn (Jim) McCurry of Kearney.
Eldon was preceded in death by his wife, Cecelia Glane Lambrecht; sister, Eleanor Binfield; and brothers, Victor, Leonard and Clinton.
To plant trees in memory, please visit our Sympathy Store.
Published by The Grand Island Independent on Jun. 9, 2021.
MEMORIAL EVENTS
Jun
9
Visitation
5:00p.m. - 8:00p.m.
Immanuel Lutheran Church
First and "N" Street, Loup City, Nebraska 68853
Jun
10
Funeral service
10:30a.m.
Immanuel Lutheran Church
First and "N" Street, Loup City, Nebraska 68853
Funeral services provided by:
Higgins Funeral Home
MEMORIES & CONDOLENCES
Sponsored by Higgins Funeral Home.
6 Entries
So sorry to see that your families have lost a loved one. I didn't know your brother but I'm sure he will be missed by those all those who did. My condolences.
Judy Sheeks
Other
June 11, 2021
Our condolences to all the family!! May the good Lord fill you with His peace. I am sure our families are in heaven celebrating together being in the presence of Jesus! With a big dance I´m sure.
Cheryl (Krolikowski) and Mike Jones
June 9, 2021
Judy, Carolyn and Lambrecht family, We were saddened to hear of Eldon´s passing. He was quite the man and will be missed. Keeping you all in our thoughts and prayers. Tom and Teresa (Welch) Hongsermeier
Teresa Hongsermeier
June 9, 2021
Tracy, Kirt and family. Sorry to hear of the loss of your loved one. Prayers, deepest sympathy and hugs to all.
Sue Pirnie
Other
June 9, 2021
On behalf of our family, please know that Eldon was always the "elder" of the Lambrecht family. We have fond memories of him and Glane. God bless all of you.
Larry and Sheryl Lambrecht
June 9, 2021
Joyce and family, i am so sorry for your loss. I will keep you in my thoughts and prayers.
Judy Cole (Opp)
June 7, 2021