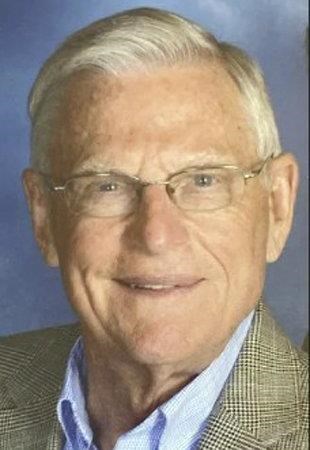 BORN
1935
DIED
2021
FUNERAL HOME
All Faiths Funeral Home
2929 South Locust
Grand Island, NE
Gene Armstrong, 85, of Grand Island passed away to his heavenly home on Monday, Aug. 9, 2021 at Grand Island Regional Medical Center.
A celebration of life service will be at 1 p.m. Friday, Aug. 20, at First Presbyterian Church, 2103 W. Anna St., Grand Island. The Rev. Kevin Geurink will officiate. Livestreaming of the service will be available on Facebook at gipresby. Immediately following the ceremony, a reception will be held in the church back yard.
Gene was born Dec. 20, 1935, in Broken Bow, the son of Clifford and Naomi (Hudson) Armstrong. He graduated from Broken Bow High School in 1954, and attended Kearney State College, graduating in 1958 with a degree in education. While at Kearney State, Gene earned 12 athletic letters while competing in three different sports.
On Dec. 19, 1959, Gene was united in marriage to Bess Olsen of Minden. After graduation, Gene taught and coached for a total of 20 years in Minden, Omaha at Westside, and Council Bluffs, Iowa, at Abraham Lincoln. Along the way he earned his master of arts degre from Colorado State College at Greeley, and his Administrative Specialist degree from UNK. Gene began his educational administrative career for the Grand Island Public Schools in 1977, working 16 years before closing this phase of his career as principal at Lincoln East High School.
Most would have retired at this point, but Gene went on to earn his PhD in Educational Leadership at the University of Nebraska-Lincoln, and spent 10 years teaching, consulting and mentoring young educators in UNL's College of Education and Human Sciences, where he received several outstanding educator awards.
Education was not just a job, but a passion, leading Gene after retirement to continue working with young adults, leading, mentoring, consulting, and teaching in ways that have had lasting impacts on many people he encountered. He had a beautiful heart for Christ and led by example. He would never shy away from being that 80-year-old teacher in a young adult class environment in his church. He was often heard saying, "These kids float my boat."
Gene will be remembered for being very active, enjoying many activities such as biking, golfing, running, boating, singing and reading. His active lifestyle trickled down to his children and grandchildren. He enjoyed attending activities and cheering on all of his grandchildren. One of his favorite destinations was Colorado, where family and friends joined him in hiking, biking and snow skiing.
Gene will also be remembered for his love of music, including singing in church choirs, small groups, solos for weddings and funerals, whistling his own harmonized duet, and playing the piano and ukulele.
Golf provided Gene a fun and attainable goal to help him continue to work hard in rehab after an impactful back injury. His positive attitude and strong will during his many physical setbacks was a testament to his "never quit" attitude. He was admired by many for the way he lived life, always leading by example.
Those left to cherish his memory include his wife, Bess, with whom he celebrated 61 years of marriage; son, Mark (Lori) Armstrong of Lincoln; and daughters Carol (Frank) Barber of Phoenix, Ariz., Molly (Patrick) Abendroth of Omaha, and Cindy (John) Wemhoff of Grand Island. Grandchildren include Brett (Mallory) Armstrong of Lincoln, AJ (Emily) Armstrong of Grand Island, Isaac (Taylor) Armstrong of Lincoln, Haley (Steph) Carre' of New York City, Leah (Lane) Hovey of Whitefish, Mont., Janie Barber of New York City, Jonathan, Natalie, Alexandra, Josiah and Owen Abendroth, all of Omaha, Jack, Kaitlyn and Addison Wemhoff, all of Grand Island; a great-granddaughter, Noelle Armstrong of Lincoln; and brother, Rodney (Michelle) Armstrong of Lincoln.
He was preceded in death by his parents, Clifford and Naomi Armstrong, and his parents-in-law, Melvin and Sara Maren Olsen.
He is also survived by a host of close relatives whom he claimed as his own. He is also survived by his favorite golf partner and Aunt Margaret Christensen, 100, of Minden.
Gene was a member and Elder of several Presbyterian Churches where he lived, member of Grand Island Noon Rotary, United Way Chair, and served each community in a variety of civic leadership roles. Gene was inducted into the Kearney State Athletic Hall of Fame in 1984, and was a charter member of the Broken Bow Athletic Hall of Fame.
Memorials are suggested to the family to go towards a church mission outreach to be determined.
Burial will be at a later date at the Minden cemetery. All Faiths Funeral Home is entrusted with the arrangements.
Published by The Grand Island Independent on Aug. 15, 2021.
To plant trees in memory, please visit the Sympathy Store.
MEMORIAL EVENTS
Aug
20
Celebration of Life
1:00p.m.
First Presbyterian Church
2103 W. Anna St., Grand Island, NE
Funeral services provided by:
All Faiths Funeral Home
MAKE A DONATION
MEMORIES & CONDOLENCES
Sponsored by All Faiths Funeral Home.
2 Entries 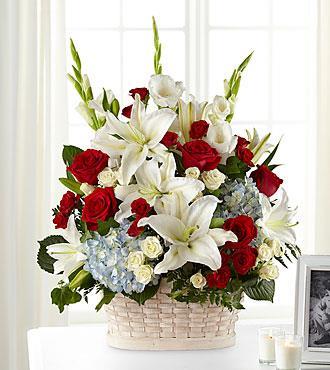 The Barbers
August 16, 2021
My condolences to your family. Mr. Armstrong was a sweet, kind hearted man. He always had a smile on his face and a good morning as you walked down the halls.
Sharlene Eidet
August 16, 2021
Showing 1 - 2 of 2 results