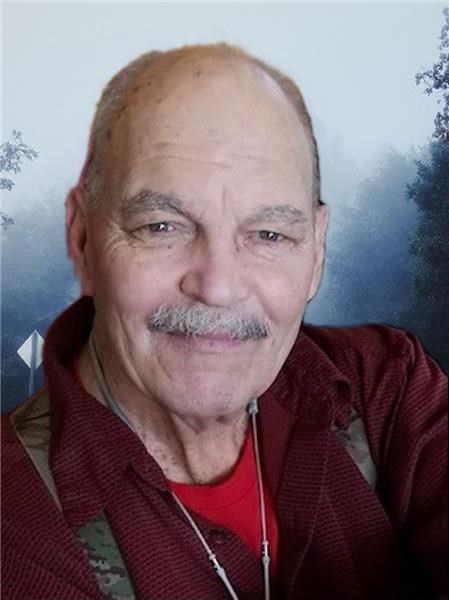 FUNERAL HOME
Greenway Funeral Home
802 Templin Avenue
Palmer, NE
PALMER - Gerald "Jerry" Allen Davis, 79, of Palmer passed away Monday, Oct. 18, 2021, at Brookefield Park skilled care unit in St. Paul.
Services will be at 2 p.m. Friday, Oct. 29, at Greenway-Dietz Funeral Home in Palmer. A Military Burial will be in the Rose Hill Cemetery in Palmer. The Rev. Jim Garfield will be officiating.
Visitation will be one hour prior to services, and a luncheon will follow at the American Legion in Palmer. In lieu of flowers, memorials are suggested to Rose Hill Cemetery, Palmer Volunteer Fire and Rescue or the Palmer American Legion Post.
Jerry was born Sept. 14, 1942, to James and Evelyn (Scott) Davis. He grew up in Palmer and graduated in 1960 and enlisted in the United States Navy in 1961. Jerry took pride in the opportunity to serve our country and achieved the highest rank of an enlisted man. At the time of his honorable discharge in 1988 his class was a F18 Master Chief Avionics Technician.
Jerry was awarded numerous commendation and achievement medals, including National Defense and Vietnam Service Medals. He was a member of the Palmer American Legion Club and a Life member of the Fleet Reserves Association.
Jerry was the most generous and caring person, always putting others before himself. After retiring from the Navy, he settled in Palmer and became active in the community and served on the Palmer Board for a period of time. He loved to golf and actually taught golfing to many young people and locals. He also spent endless hours fishing, hunting and trapping. Jerry loved to cook and bake and for several years wrote a cooking column for the Palmer Journal. He took pride in his vegetable garden and loved to share seeds, plants and produce with the locals as well with his doctors and nurses. He spent many hours canning and pickling and shared that as well.
Those left to cherish his memory include his sister, Margie Davis of Grand Island; brother, James Davis of Palmer; nieces and nephews, Melissa (Ziemba) Randone and husband, Tony, Dr. Elizabeth (Ziemba) Colsen and husband, Jeremy, Scott Ellis and fiancée, Christy, Phillip Ellis and wife, Kristi, Tony Davis and wife, Stephanie, Kelly (Davis) Oleson and husband, Nick, several great nieces and nephews and too many close cousins to mention.
Jerry was preceded in death by his parents; a sister, Shirley Ziemba; a brother, Robert "Bob" Davis; an infant brother, Ronnie Dean Davis; and a nephew, Todd Davis.
Online condolences may be directed to the family at www.greenwayfh.com
Published by The Grand Island Independent on Oct. 25, 2021.
To plant trees in memory, please visit the Sympathy Store.
MEMORIAL EVENTS
To offer your sympathy during this difficult time, you can now have memorial trees planted in a National Forest in memory of your loved one.
Funeral services provided by:
Greenway Funeral Home
MAKE A DONATION
MEMORIES & CONDOLENCES
Sponsored by Greenway Funeral Home.
0 Entries
Be the first to post a memory or condolences.