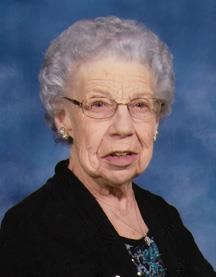 BORN
March 15, 1927
DIED
November 22, 2020
LOUP CITY - Isabel E. Szatko, 93, of Loup City, formerly of Ashton and Clarks, died Sunday, Nov. 22, 2020, at Rose Lane Home in Loup City.
Mass of Christian burial will be at 11 a.m. Saturday at the St. Francis Catholic Church in Ashton. The Rev. Richard L. Piontkowski will celebrate the Mass. Burial will be in the St. Francis Catholic Cemetery at Ashton.
Visitation will be from 9:30 a.m. until Mass time at the church, with the rosary being recited at 10:15. Peters Funeral Home in Loup City is assisting the family. Memorials are suggested to the family for later designation.
All CDC guidelines will be followed in regard to social distancing and face masks will be required. The Mass will be livestreamed on Peters Funeral Home Facebook page at www.
facebook.com/PetersFuneralHomeSP.
Isabel was born March 15, 1927, on a farm southwest of Ashton, the daughter of Peter E. and Philomena M. (Smedra) Jarzynka. Isabel attended Sherman County rural school District No. 26 and grew up on the family farm where she worked alongside her family.
She was united in marriage to Clemence A. Ksionzek on Sept. 13, 1949, at Ashton. The couple farmed southwest of Ashton and in 1974 moved to a farm outside of Ashton. She and Clemence also worked as custodians at St. Francis Parochial School in Ashton. Clemence died May 29, 1985. Isabel continued to live on the farm.
She was united in marriage to Leo T. Szatko on June 2, 1989, at Ashton. The couple lived on a farm outside of Clarks. Leo died June 24, 2012. She then moved to the Clark Villas in Clarks. In fall 2017, she moved to the Rose Lane Gardens assisted living in Loup City, where she lived the rest of her life.
She was a member of St. Francis Catholic Church in Ashton and its Council of Catholic Women, a former member of St. Peter Catholic Church in Clarks, American Legion Auxiliary Unit 108 of Ashton and was an election board worker in both Ashton and Clarks.
Isabel enjoyed gardening, flowers, dancing, listening to polka music, playing BINGO and praying the rosary and she loved time spent with her family.
She is survived by her children and spouses, Patty and Tim Piontkowski of Loup City, Bob Ksionzek of Ashton, Randy and Marcia Ksionzek of Lincoln, Roger and Teresa Ksionzek of Wilber and Vicki and Jamar Williams of Omaha; seven grandchildren, Nicki Peterson, Megan Koop, Miranda West, Connor Ksionzek, Xavier Williams, Liam Williams and Ashley Corn; great-grandchildren, Carter, Crew, Clay, Brea and Briggs West, Campbell and Gideon Koop and Melody Corn; stepchildren and spouses, Chris and Bob Steinke of Columbus, Diane and David Schultz of Clarks, Dennis and Linda Szatko of Clarks, Deb Grzywa of Fullerton and Tim Szatko and Teresa Boelts of Clarks; sisters and brother-in-law, Alice Ann Lonowski of Alda, Geraldine Rewolinski of Omaha and Lois and Joel Reynolds of Omaha; and a brother and sister-in-law, Tom and Donna Jarzynka, of Grand Island.
In addition to her husbands, Clemence and Leo, she was preceded in death by her parents; grandson, Brian Jasnoch; sisters, Delores Jarzynka and Elaine Mostek; and brothers, Anzel, Alvin, Virgil and Donald Jarzynka.
Condolences and memories may be shared with Isabel's family by visiting www.petersfuneralhome.net.
To plant trees in memory, please visit our Sympathy Store.
Published by The Grand Island Independent on Nov. 26, 2020.
MEMORIAL EVENTS
Nov
24
Visitation
9:30a.m. - 11:00a.m.
St. Francis Catholic Church
Nov
28
Mass of Christian Burial
11:00a.m.
St. Francis Catholic Church
, Ashton, Nebraska
Funeral services provided by:
Peters Funeral Home - Loup City
GUEST BOOK
0 Entries
Be the first to post a memory or condolences.