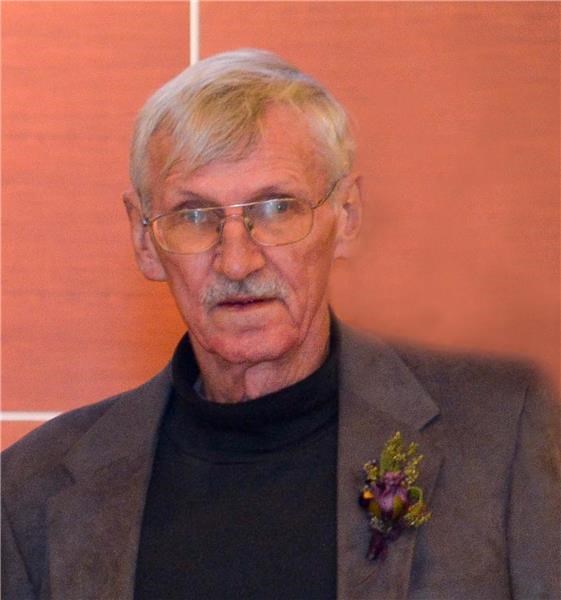 BORN
June 20, 1947
DIED
November 14, 2020
ERICSON - James R. Markvicka, 73, of Ericson, passed away unexpectedly on Saturday, Nov. 14, 2020, at home.
Private family inurnment will be held at the Hillside Cemetery in North Loup. A Celebration of Life will be at a later date. Online condolences may be left at ordmemorialchapel.com. Ord Memorial Chapel is in charge of arrangements.
Jim was born June 20, 1947, to Dolly and Charles and Dolly (Johansen) Markvicka. He was the youngest of six children and was raised at the family farm in North Loup.
Jim graduated from North Loup Scotia in 1965, and later attended Kearney State College for biological studies. During the late 1960s Jim worked in construction and traveled to many states. He helped build Interstate 80 and worked in carpentry in California.
In 1969, Jim and Connie (Holoun) were united in marriage. They began their 16-year marriage in North Loup. After residing in Kearney, the couple moved to Ericson, where they owned and managed a bar with Jim's sister, Mary. In 1974, their only child, Marty, was born. After selling the bar in 1975, Jim continued to work construction in Omaha and again traveled to various states in the late '70s to the late '80s.
In 1989, Jim returned to Ericson and started MJM Construction, serving the area communities. Jim's shop was a gathering area in downtown Ericson where people would stop by to talk and share in a libation.
Jim was a lifelong outdoorsman, enjoying hunting, fishing and camping. He was most comfortable when working with his hands. If he wasn't custom designing pieces for customers, he was building furniture for himself or making repairs. After retirement, Jim could be found enjoying time outdoors in the gazebo or on the porch, both of which he built. Jim was always reading or listening to audiobooks. Other activities Jim enjoyed were gardening, watching sports, keeping up on the news, spending time with family, and keeping his sisters on their toes with his witty sense of humor.
Jim is survived by his son, Marty (Julie) of Grand Island; grandchildren, Brea, Kaytin, Matthew and Sean; three sisters, Janet (Glendon) Rush of Omaha, Beverly (Jack) Hetfield of Cairo, and Mary (Gene) Schmeits of Ericson; a sister-in-law, Linda Markvicka of North Loup; 12 nieces and nephews; and many special friends he met traveling and through his business.
Jim was preceded in death by his parents; an infant sister; a brother, Hank; a sister, Norma; and his former wife, Connie.
To plant trees in memory, please visit our Sympathy Store.
Published by The Grand Island Independent on Nov. 17, 2020.
MEMORIAL EVENTS
No memorial events are currently scheduled.
To offer your sympathy during this difficult time, you can now have memorial trees planted in a National Forest in memory of your loved one.
Funeral services provided by:
Ord Memorial Chapel - Ord
GUEST BOOK
3 Entries
Sympathy to the family. Always enjoyed visiting with Jim. He made some beautiful wood projects.
Nancy Senn
November 20, 2020
Marty and family - I'm very sorry to hear about the unexpected loss of your dad. Our sincere condolences.
Jennifer Northouse (Eschliman)
Friend
November 18, 2020
Jim was such a fun guy in high school and such a pleasure in my backyard on class reunions. I will miss him a lot , he was always so smart we all had to laugh cause he never had to study for those darn tests! Rest in Pease dear friend. Linda Sims Vasicek!
Linda Vasicek
Classmate
November 16, 2020