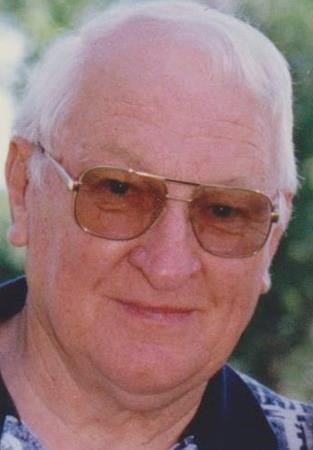 BORN
July 8, 1923
DIED
November 13, 2020
COZAD - Joseph Kuklis, 97, of Cozad passed away Friday, Nov. 13, 2020, at Emerald Care and Rehab.
Mass of the Christian Burial will be at 11 a.m. on Tuesday at Christ the King Catholic Church. Burial with military honors will be at Cozad Cemetery.
Visitation and Rosary were Monday at Berryman Funeral Home.
Joe was born July 8, 1923, in St Paul to Josef and Terezia (Houska) Kuklis. While attending high school, Joe worked at Hamburger Meat Market, where he delivered meat orders on his bicycle. Joe graduated from St Paul High School with the class of 1941. After graduation Joe continued working at the meat market until he was drafted into the Army in March of 1943. He was deployed to Europe, where he earned the rank of Private First Class (PFC) and served with Company C of the 7th Armored Infantry Battalion, 8th Armored Division, until he was honorably discharged in March of 1946.
When he returned to St Paul he worked for Anderson Lockers. He met the love of his life, Sylvia Nagorski, and they were married on Aug. 16, 1949, at Sts Peter and Paul Catholic Church. To this union, eight children were born. In 1953, they moved to Loup City, where Joe worked in the meat department of the grocery store. In 1965, the family moved to Cozad when Joe was recruited to work at F&S Sausage, where he was a meat cutter for 10 years. Joe worked as a painter at Tenneco Automotive, where he retired after 15 years.
Joe was a faithful member for 55 years of Christ the King Catholic Church, where he was a member of the choir. Joe belonged to and was an active member of the Knights of Columbus and American Legion, Post 77. He was a lifetime member of the Veteran of Foreign Wars, Post 890. Joe and Sylvia enjoyed going on bus tours and attending their grandchildren's activities. Joe never met a stranger and was well-known for striking up a friendly conversation everywhere he went. A favorite piece of advice for him to share was "never take a wooden nickel." Joe enjoyed working outdoors on his yard and garden, watching western movies, listening to polka music and cheering on the Huskers.
Joe will be remembered for the deep love he held for his family and church and the kindness he showed to others. He was a good man.
Joe is survived by and will be greatly missed by his children, Michael Kuklis (Michael Daudier) of Lake Worth Beach, Fla., Ramona (Phillip) Griffith of Carbondale, Colo., Dan (Janna) Kuklis of Grand Island, LaDonna Barela (Russ Besmer) of Cozad and Jeff (Stacy) Kuklis of Milford; son-in-law, Dennis Williams of Arizona; grandchildren, Stace (Laura) Williams, Darcy (Dave) Pastian, Hilary (Tim) Myers, Damion (Stacy) Williams, Ceslie Kuklis, Joelie Kuklis, Caleb (Laura) Griffith, Claire (Justin) Erickson, Casey (Leah) Griffith, Allison (Ryan) Sloan, Jon Kuklis, Isaac Barela, Morgan Kuklis, Carter Kuklis and Karlee Kuklis; great-grandchildren, Sean, Brandon, Sara, Addie, Davey, Matthew, Benjamin, Shay, Peri, Rilyn and Tyce; and many nieces, nephews and relatives.
Joe was preceded in death by his sister, Helen; his parents; his wife; a daughter, Cecelia Williams; a son-in-law, David Barel; son, Gerald Kuklis; and infant son, Thomas Kevin.
Memorials are suggested to the family in his name for later designation. Online condolences may be shared at berrymanfuneralhome.com. Berryman Funeral Home is in charge of arrangements.
To plant trees in memory, please visit our Sympathy Store.
Published by The Grand Island Independent on Nov. 17, 2020.
MEMORIAL EVENTS
Nov
16
Visitation
5:00p.m. - 7:00p.m.
Berryman Funeral Home - Cozad
620 E 22nd St, Cozad, NE 69130
Nov
16
Rosary
7:00p.m.
Berryman Funeral Home - Cozad
620 E 22nd St, Cozad, NE 69130
Nov
17
Mass of Christian Burial
11:00a.m.
Christ the King Catholic Church
Funeral services provided by:
Berryman Funeral Home - Cozad
GUEST BOOK
18 Entries
Sincere Sympathy to the Kuklis family. Fond memories of them from when we were neighbors in Loup City.
Nancy (Moeller) Smith
November 19, 2020 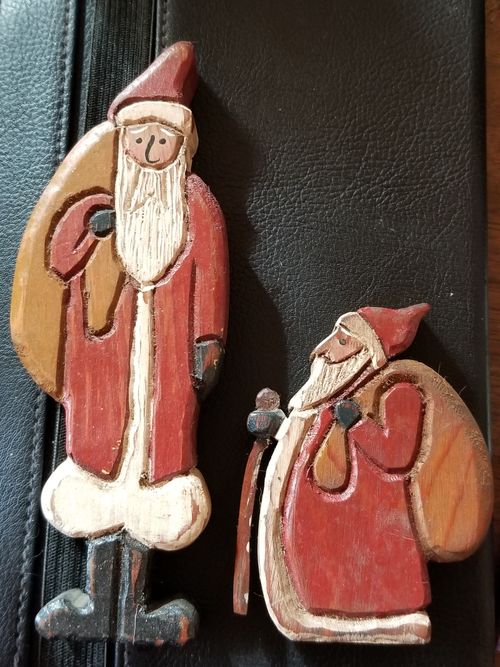 I am sorry to hear about your loss. You don't know me, but eight years ago my husband bought a couple of little wooden santa figurines with the name Kuklis on the back - the taller has '91 on the back, and the shorter one says '92. I was trying to find information about the artist, and I came across this site. I wondered if these came from your family. The figures are absolutely darling, and I became curious to learn more about the artist.
Stephanie Salazar
November 17, 2020
My thoughts are with you all.
Greg Smith
Friend
November 16, 2020
Our sympathy goes out to all of the Kuklis family. His passing leaves a lot of memories for you all. Loved hearing about your destination family reunions. Enjoyed their kitchen table chats when Mike was home. My favorite time was an excellent Sylvia and Joe kolache cooking class they did for Mike, myself and Cherie Ward (Neurenburg) They made the best!
Ann & Tony Smith
Friend
November 16, 2020
I didn't realize until my brother Neil told me, that this is THE JOE from F&S!!! What a great man!! Always a smile and he always had time to chat about my Uncles and my Gramp and Grannie-Ma!! I am honored to have known such a good man and now I know why his children are so amazing! I can still hear his laugh! Heaven definitely has a GREAT NEW ANGEL!! My thoughts and prayers are with all of you who he left behind, but be assured, he will have a wonderful Christmas this year - - I know some of the people he will be with!!
Merna Carver
Friend
November 16, 2020
LaDonna and the Kuklis Family, We are so sorry for your loss. You are in our prayers.
Gary and Jodie Vinzant
November 16, 2020
There is nobody like Joe. Will miss him and happy for him to finally be at home.
Keith & Lou McKelvey
Friend
November 15, 2020
My deepest sympathy to the Kuklis family
Gloria Krason
Friend
November 15, 2020
May you rest in peace Papa Joe! Thank you so much for being a part of our lives and such a wonderful Grandpa and Father in law. You will truly be missed. I'm sorry I never got to be with you more often in our later years. We'll miss you..but never stop loving you!!❤
Dennis and Patty Williams
November 15, 2020
To the Kuklis Family, I am so sorry you all are having to cope once again in losing your loved one. I am feeling blessed to have known your dad. What a special man he was, and such a good neighbor on the corner. We spent a few times in the basement at their home when we felt a tornado may effect our area. Thanks! for sharing your dad in this respect. My prayer for all of you is that you will feel the peace of the Lord as you go through this difficult time once again.
Ted, Lynell and Ted Decker
Friend
November 14, 2020
Our thoughts and prayers are with you all right now.
Peg and Darold Spradlin
Friend
November 14, 2020
Our sincere sympathy goes out to the Kuklis family. Although a full life was lived, the loss of a loved one always leaves a hole in one's heart. Celebrate and cherish all the specia memories of Joe's life. God Bless all of you and an extra hug to Mike, our classmate from the CHS class of 1971 ❣
Dave and Marilyn Yeutter
Classmate
November 13, 2020
We are so sorry for your loss. Could not have asked for a more kind and friendly neighbor to live next to growing up. He will be greatly missed. Our deepest condolences,
John & Kristen (Kapustka) McNally
Neighbor
November 13, 2020
May God bless you and your family in this time of sorrow.
Merry Romero
Friend
November 13, 2020
In loving memory of a wonderful man. We will love you and miss you always.
Kimberly Woodruff
Friend
November 13, 2020
We are so sorry to hear of Joe's passing. Our thoughts are prayers are with you. We love you all.
Greg and Lloyd
November 13, 2020
We are so sorry to hear of Joes passing, we worked with him for years at Monroe’s,! God bless, he is with Sylvia now❤prayers for the familyJoe was an awfully nice man
John & Trish Dorsey
Coworker
November 13, 2020
Iam so sorry for your loss.cant forget about that polka music and his tapes he recorded.He will be missed.Love each and everyone of you you are in my thoughts threw these hard times.
Kim Callihan
Friend
November 13, 2020