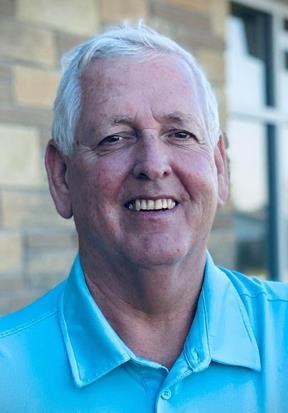 BORN
December 14, 1954
DIED
November 12, 2020
CENTRAL CITY - Larry Paul Schreiber, 65, of Central City entered his heavenly home on Thursday, Nov. 12, 2020, at Bryan Medical Center West in Lincoln.
Memorial services will be 10 a.m. Saturday, Nov. 28, at Heartland Evangelical Free Church in Central City, with the Rev. Zeke Pipher officiating. A private family graveside service will be held at the Central City Cemetery. Memorials are suggested to Nebraska Christian Schools, Heartland Evangelical Free Church or Collage Center in Grand Island. Condolences may be sent to the family at www.soltwagnerfuneral.com.
Larry Paul was born on Dec. 14, 1954, to Paul and Ruby (Grauerholz) Schreiber in Omaha. Larry grew up in Grand Island and in the eighth grade moved to Aurora. He graduated from Aurora High School in 1973. Following his graduation he attended Kearney State College, graduating in 1977. On June 4, 1977, Larry and Denise (Johannesen) Schreiber were united in marriage in Minden. To this union four children were born: Josh, Amy, Drew and Tyler.
Larry then began teaching and coaching at Nebraska Christian Schools in Central City and remained there for 41 years. While at Nebraska Christian, Larry was a school counselor and activities director.
He attended Heartland Evangelical Free Church in Central City. In 1972, during his junior year in high school, Larry found his Lord and Savior Jesus Christ. He loved his family and was a devoted husband, father and grandfather.
Those left to cherish his memory are his wife, Denise of Central City; his children, Josh (Chancey) Schreiber of Yuma, Ariz., Amy Schreiber of Central City, Drew (Lydia) Schreiber of Central City and Tyler (Jena) Schreiber of Queen Creek, Ariz.: his sisters: Linda (Jim) Lukesh of Lincoln and Dee (Rick) Huggins of Plano, Texas; and nine grandchildren.
He was preceded in death by his parents, Paul and Ruby Schreiber.
To plant trees in memory, please visit our Sympathy Store.
Published by The Grand Island Independent on Nov. 23, 2020.
MEMORIAL EVENTS
Nov
28
Memorial service
10:00a.m.
Heartland Evangelical Free Church
, Central City, Nebraska
Funeral services provided by:
Solt Funeral Home
GUEST BOOK
5 Entries
Coach Schreiber was a tremendous role model to me. I saw in him humility, excellence, joy, and love. I felt like he got me to excel beyond my own expectations without causing me to dread it nor to think more of myself than I aught. He showed the same heart towards me whether I succeeded or failed. Coach is one of the people who serves as evidence to me of the reality of the heart of God.

I am so sad to hear of his passing and grieve with his family at their loss.
Brad Weeks
Student
December 13, 2020
Our deepest sympathy and heartfelt prayers with the death of your precious husband, father, and grandfather. Larry was a kind, loving soul everyone loved and will be missed by all who knew him. We became acquainted with him when he taught our kids drivers education. They loved him as he was thorough and fun. We are so sad for you, but rejoice he is with his Lord. Our love & prayers, Stan & Gail Ferris
Stan & Gail Ferris
November 24, 2020
Denise ~ I don't know you well, as I just started with the water aerobics, but I want to extend, my deepest sympathy to you! May GOD bless you! Carol
Carol Bedient
November 20, 2020
My sincere sympathy to the Schreiber Family. Ruby and Paul were great neighbors on 11th Street in Grand Island, and my kids had lots of good times playing with Larry . My thoughts and prayers are with you all.
Mary Cramer
Neighbor
November 17, 2020
My deepest sympathy to Linda, Deanna, and all family members of Larry. So many good memories of growing up as next door neighbor kids on 11th Street in Grand Island.
May the memories always make your heart smile like they do mine.
Cindy Cramer Schatz
Friend
November 17, 2020