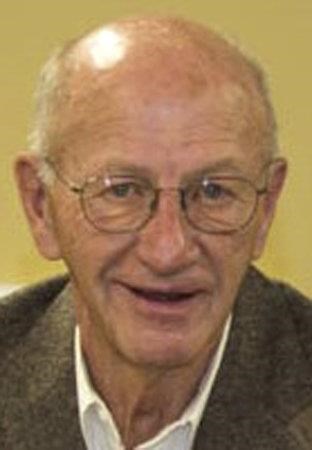 BORN
August 14, 1937
DIED
November 20, 2020
Lynos Joseph Rerucha went to his heavenly home on Nov. 20, 2020, at age 83. He was residing at Country House in Grand Island.
Visitation will be from 5 to 7 p.m. Monday, Nov. 30, at Apfel Funeral Home. The family will be present to greet family and friends, but masks and social distancing will be required.
Services will be at 10 a.m. Tuesday, Dec. 1, at the funeral home. Due to limited capacity, family and friends may view the livestream on the Apfel Funeral Home Facebook page. Burial will follow the service in the Grand Island City Cemetery.
Lynos was born Aug. 14, 1937, in David City, to Leonard and Georgia Rerucha. He was raised on a farm near David City and graduated from Marietta High School near Bellwood in 1955.
He attended Nebraska Teachers College in Kearney, and graduated in 1959 with a Bachelor of Science in business administration. Lynos also served in the Nebraska National Guard and Air Force Reserve for six years.
In 1960, Lynos was united in marriage to Sharon Lee Southard in St Paul. They were married for 34 years. Sharon was his best friend and love of his life until her death in 1994.
Upon graduation from college, Lynos and Sharon moved to Broken Bow, and he began working for a local construction company as a credit manager. In 1962, they moved to St. Paul, where Lynos joined his father-in-law, Clarence Southard, at Southard Implement, a John Deere dealership. In 1967, the family moved to Grand Island to open Green Line Equipment.
Lynos owned and managed the store for 40 years. During that time, the business grew to 10 locations in central Nebraska. Over the years, his sons Russell and Gregory joined him in the family business. Lynos developed many friendships with customers and employees during that time. He was known for his humble attitude and sense of humor.
Lynos was a very hard-working man, but in his free time he enjoyed golfing, spending time with his many friends and traveling. Additionally, he served on the board of directors of several Nebraska banks, including locations in Cody, Kilgore, Niobrara and Gresham, and Commercial National Bank in Grand Island. He was instrumental in establishing Northwest National Bank, also in Grand Island, in 1986. Lynos also served as president of Poland Oil Co. in the 1980s. He was also a board member at Riverside Golf Club for many years.
In 1995, Lynos was united in marriage to Deborah Nolan, and they were married for 17 years.
Lynos leave behind children, Russell (Kimberly Abel), and children Ryan (Tim Miller), Andrew (Katie Martin, fiancé), as well as Gregory (Lisa Hellbusch), and children Miles and Marissa. Additional family members include one brother, Richard (Virginia); sisters, Margaret, Grace (Al), Doris (Al) and Connie (Tom); and special sister-in-law, Marlene Kremlacek.
He was preceded in death by a brother, Adrian; and wife, Sharon.
In lieu of flowers, the family would suggest memorials to either the Sharon and Lynos Rerucha Big Brothers Big Sisters Scholarship Fund or Grand Island Partnership for the Arts to support Densel's (Rasmussen) Dream Sculpture Project in Grand Island.
A special thanks from the family to the all staff at Country House, as well as the staff at Tabitha, for taking wonderful care of Lynos during the past few years.
To plant trees in memory, please visit our Sympathy Store.
Published by The Grand Island Independent on Nov. 27, 2020.
MEMORIAL EVENTS
Nov
30
Visitation
5:00p.m. - 7:00p.m.
Apfel Funeral Home - Grand Island
1123 W 2nd Street, Grand Island, NE 68801
Dec
1
Service
10:00a.m.
Apfel Funeral Home - Grand Island
1123 W 2nd Street, Grand Island, NE 68801
Funeral services provided by:
Apfel Funeral Home - Grand Island
GUEST BOOK
2 Entries
Lynos was our neighbor on Howard street, we had some great times together! In love and sorrow!
Dr Jon Ayers
November 23, 2020
So sorry to hear of your father passing. Our thoughts and prayers are with you and your family at this difficult time.
Kohl Kirkland
November 23, 2020