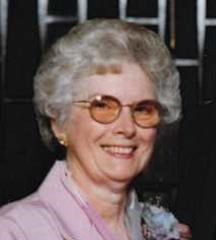 BORN
1938
DIED
November 21, 2020
MARQUETTE - Mary Belle (Watkins) Svitak, 82, of Marquette died Saturday, Nov. 21, 2020, at Annie Jeffrey Memorial County Health Center in Osceola.
Due to the COVID-19 pandemic, the family has chosen to have a private family Celebration of Life service. Memorials are suggested to the family to be designated at a later date and condolences can be sent to the family at www.soltwagnerfuneral.com.
Mary was born May 25, 1938, to R. Lawrence and Nita (Rawlings) Watkins in Central City. She grew up in the Archer and Central City area, attending Districts 8, 12, and 14. She then attended and graduated from Central City High School in 1956. Mary went to Kearney State College in Kearney for two years. She also attended the University of Nebraska-Lincoln.
She married Richard Herman Svitak on June 14, 1959, at the Friends Quaker Church in Central City. The couple lived in houses that Richard built in Central City and then Marquette at Lac Denado since 2001. Mary was a music teacher at Marquette and then Central City Public Schools. She was also an office manager at a dental office.
Mary was a member of Friends Quaker Church and the United Methodist Church in Central City. She was a Sunday school teacher and church pianist. Growing up, Mary was a member of 4-H for many years. Later in life, she was a 4-H leader, Brownie and Boy Scout leader, den leader, Guardian of Jobs Daughters Bethel No. 7, and director of Cub Scouts. She was also a member of Order of Eastern Star, Arbor Chapter 22 of Central City, Daughters of the Nile, Naamiah Temple 108 in Hastings.
She is survived by her husband, Richard of Marquette; three sons, Richard and Patryce Svitak of Wood River, Michael and Letricia Svitak of Columbus and Kent Svitak of Bridgeport; two daughters, Vicki and Michael Jurgovsky of Logan, Iowa, and Karen Svitak of Central City; two sisters, Barbara Sidders and Betty King of Central City; 20 grandchildren and 19 great-grandchildren; sisters-in-law, Marcela Rudolph, Levada Nielson, Norma Neemeyer and Vera Kracman; and many nieces and nephews.
Mary was preceded in death by her parents; a granddaughter, Breanna Rinkol; and brothers-in-law, Dale King, Dean Sidders, LeRoy Rudolph, Leon Neemeyer and Dennis Kracman.
To plant trees in memory, please visit our Sympathy Store.
Published by The Grand Island Independent on Nov. 23, 2020.
MEMORIAL EVENTS
No memorial events are currently scheduled.
To offer your sympathy during this difficult time, you can now have memorial trees planted in a National Forest in memory of your loved one.
Funeral services provided by:
Solt Funeral Home
GUEST BOOK
4 Entries
Sorry to hear of your loss, Karen and Mike and family...
Ken McNeff
November 26, 2020
I am so sorry for your loss of Mary Belle. I remember her for Central City High School. It is especially sad to lose her during the holidays.
Judith Reeves Scott-Kuenzel
November 26, 2020
Our prayers & Sympathy for Mary´s family
Don & Joyce Williams
November 23, 2020
Sorry family I can't make it and it hurts me badly. I love you all and she will definitely be missed. Please take care of each other, Loves!!
Mike L Svitak
November 23, 2020