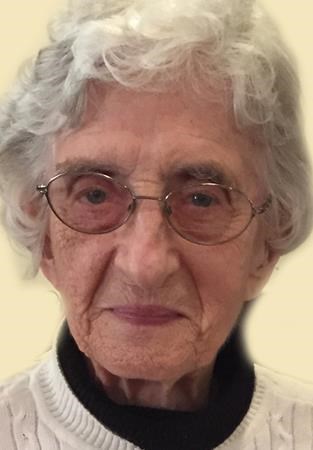 A graveside memorial service will be at 2 p.m. Tuesday at the Harvard Cemetery. Current CDC guidelines will be followed. Face masks are required. Memorials may be made to the Hamilton Community Foundation. Condolences may be emailed to the family through the mortuary website at www.higbymortuary.com.

Norma grew up on the family farm. She attended Rural School District No. 68 in Clay County and graduated from Harvard High School in 1942. Norma received her bachelor's degree from University of Nebraska at Lincoln in 1955 and her master's degree from Denver University in Denver, Colo., in 1959.

Norma was a career educator and was extremely proud of her years of teaching. Norma taught rural school in Hamilton County for nine years from 1942 to 1951. She then taught elementary school in Pueblo, Colo., for one and a half years from 1952 to 1953 and then elementary in Denver for 31 years from 1955 through 1985.

Norma returned back to Nebraska and lived on the family farm and eventually moved into a duplex next to her sister-in-law, Lois Kreutz. In 2014 Norma moved to Bickford Assisted Living in Grand Island, where she resided until her death. She received excellent care, and the family would like to express their sincere gratitude to the entire staff for their care of Norma.

She was a member of the Order of Eastern Star, Phillips Chapter No. 204, and the Aurora United Methodist Church.

Norma enjoyed gardening, watching Husker football and volleyball and was a Denver Broncos season ticket holder while living in Colorado.

Those left to miss her and cherish her memory are her niece, Judy (Chuck) Thompson of North Platte; great-niece, Melissa (Derek) Poloncic of Valley; great-great-nephew, Cole Gilbert; stepgreat-great-nieces, Lizzy and Courtney Poloncic.

She was preceded in death by her parents; brothers, Max (Rhoda) Kreutz, Richard (Lois) Kreutz; a twin sister at birth; and niece, Patricia Ann Kreutz.
To plant trees in memory, please visit our Sympathy Store.
Published by The Grand Island Independent on Nov. 14, 2020.
MEMORIAL EVENTS
No memorial events are currently scheduled.
To offer your sympathy during this difficult time, you can now have memorial trees planted in a National Forest in memory of your loved one.
Funeral services provided by:
Higby-McQuiston Mortuary
GUEST BOOK
0 Entries
Be the first to post a memory or condolences.