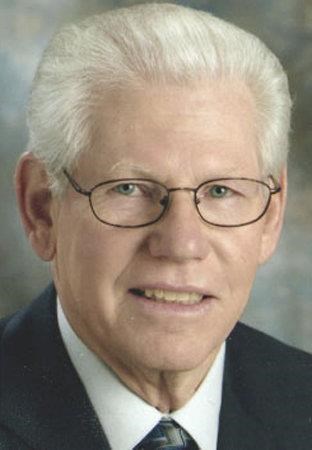 BORN
February 27, 1941
DIED
November 24, 2020
Roger W. Roscoe, 79, of Grand Island, found eternal peace on Tuesday, Nov. 24, 2020, at CHI Health St. Francis.
Celebration of Life service will be 11 a.m. Saturday, Nov. 28, at Grace Lutheran Church. The Rev. Daniel Bremer will officiate. Livestreaming of the service will be available at the All Faiths Funeral Home Facebook page. To help protect others, face masks are required. Burial of ashes will be at a later date in the Central City Cemetery.
All Faiths Funeral Home is entrusted with the arrangements. In lieu of flowers, memorials are suggested to either Grace Lutheran Church, Trinity Lutheran School or to the family for future designations.
Roger was born Feb. 27, 1941, at Central City, the son of Alfred and Clara (Wilson) Roscoe. He graduated from Central City High School class of 1959. On Oct. 23, 1959, Roger enlisted in the U.S. Air Force, honorably discharged on June 23, 1963.
On April 8, 1967, Roger married his soulmate, Rosalie Homfeld, at Grace Lutheran Church. This union was blessed with three children: Barbara, Jeffrey and Deborah. Roger was baptized and became a member of Grace Lutheran Church on Oct. 16, 1968.
Following his military service, Roger worked for Springer Appliance in Aurora, then Thomsen Auto Supply in Grand Island. In 1974 he and his brother-in-law, Gary Peterson, started Tri City Body. Roger retired Dec. 31, 2005. In January 2006, Roger joined the family of All Faiths Funeral Home.
He enjoyed Husker sports, bowling, golfing, fishing and yard work, and was an avid reader. He loved attending his grandkids' activities.
Those left to cherish his memory include his wife of 53 years, Rosalie; their children, Barbara Sheeks, Jeffrey (Tanya) Roscoe and Debora (Brian) Glover, all of Grand Island; grandchildren, Brody, Kyle, Michael, Walker, Chase and Katie; brothers, Corwin (Ellen) Roscoe, Larry (Imogene) Roscoe and Wendell (Judy) Roscoe; and in-laws, Shirley Stelk, Jeanie Glause, Carolyn Ossana, Charlene (Gary) Peterson and Donna (Ken) Noel.
He was preceded in death by his parents; his parents-in-law; and brothers-in-law, Norman Stelk, Loy Glause and Larry Ossana.
To plant trees in memory, please visit our Sympathy Store.
Published by The Grand Island Independent on Nov. 27, 2020.
MEMORIAL EVENTS
Nov
28
Celebration of Life
11:00a.m.
Grace Lutheran Church.
Funeral services provided by:
All Faiths Funeral Home
GUEST BOOK
10 Entries
You are in our thoughts and prayers. With our sympathy
Roger & Carol Mueller
November 28, 2020
Our deepest condolences to you and your family Rosalie, we are saddened to hear of Rogers passing. Although we only knew him from the bowling leagues, he always had a smile on his face and encouragement to those who were not bowling well. Our thoughts and prayers are with you, heaven has gained another angel.
Howard and Lorraine Homme
November 27, 2020
Our thoughts and prayers are with you Rosalie and family. Roger will be missed and know he is enjoying his heavenly home.
Jerry and Leora Kuhlmann
November 27, 2020
Rose So sorry about Roger. I always enjoyed talking to him when he helped with a funeral at the Church.
Penny Allen
November 27, 2020
My deepest sympathy to all the family members of Roger. He was my coffee drinking buddy at Coffins Corner, a local convenience store in Grand Island. We enjoyed many great conversations during these times! I think we learned quite a bit from eachother actually! Even though 30 years my senior , you would of never known it. He was that kind of person that is very hard to find anymore these days. I will miss him very much, but I know that another cup of coffee and many more conversations await our next get together in our eternal Graceland! Until we meet again Roger, thank you for being a friend on this earthly journey. Rest In Peace
Sean Schwieger
November 27, 2020
I'm so sorry Rosie and family! My deepest condolences for you all!
Dara Placke
November 27, 2020
Prayers to you and your family.
Jim and Elaine Powell
November 27, 2020
My deepest sympathy to the Roscoe Families, so many memories of Roger over the years come to mind. Most of all he was a good man, he was kind and pleasant and always a smile on his face. Celebrate a life well lived, cherish those times, and know that you are held in my prayers while you grieve.
Kim Stoltenberg/McBride
November 27, 2020
So very sorry for your loss . I always enjoyed seeing him at the dentist . Praying
Myers Teresa
November 26, 2020
We both were so saddened to learn of Roger´s passing! Bud remembers him from high school and said he was such a nice guy. I never met Roger until bowling. What a genuinely nice person! I have learned that is true of the entire Roscoe family. Our sympathy to you in your loss. Roger will be missed by all who knew him.
Bud & Sharon Oakeson
November 26, 2020