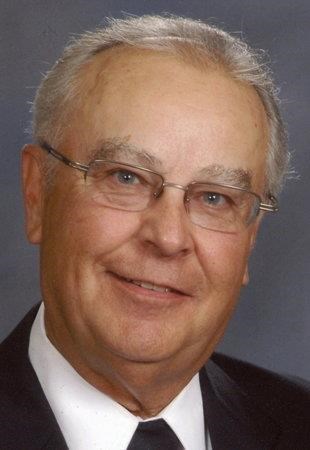 BORN
1944
DIED
2021
FUNERAL HOME
Higby-McQuiston Mortuary
1404 L Street
Aurora, NE
AURORA - Ron Cyboron, 77, of Aurora, passed away Saturday, Sept. 11, 2021, at Memorial Community Care of Aurora.
Mass of Christian burial will be at 10 a.m. Wednesday, Sept. 15, at St. Mary's Catholic Church in Aurora. The Rev. Mark Seiker will be the Celebrant. Burial will be in the Aurora Catholic Cemetery.
Visitation will be from 5 to 7 p.m. Tuesday at St. Mary's Catholic Church. A Rosary service follow at 7. Memorials are suggested to the family to be designated at a later date.
Higby-McQuiston Funeral Home in Aurora is in charge of the arrangements. Condolences may be emailed to the family through the mortuary website at www.higbymortuary.com
Ronald Ray Cyboron, the son of Stanley and Laura (Engle) Cyboron at Boelus, was born July 30, 1944.
He grew up in Boelus and graduated from Boelus High School in 1962. He missed his first week of his senior year to work on the construction of the Sherman Dam. Ron graduated from Kearney State College in 1966. He was a teacher in Clarks from 1966-72. Ron moved to Norfolk and, while working for Dale Electronics, met Denise.
Ron was married to Denise Jane Austin on May 5, 1973. They had three sons: Jason, Geoff and Aaron. They moved to Boelus in 1974, where Ron farmed for 10 years. In 1984, they moved to Aurora where Ron worked for Lippincott Industries/Champion Home Builders for 15 years. He then worked at IAMS/ Overhead Doors, retiring in 2009.
Ron was a member of St. Mary's Catholic Church and the Mgsr. Campo Knights of Columbus Council and St. Mary's Musical Ministry, and was a Cub Scout master for Troop 131.
He was preceded in death by his parents, Stanley and Laura Cyboron; his in-laws, Don and Betty Austin; a nephew, Kent Christensen; and his grandparents.
Those left to cherish his memory are his wife, Denise, of Aurora; three sons, Jason (Jenny) Cyboron of Lincoln, Geoff (Sherry) Cyboron of Boelus and Aaron (Abby) Cyboron of Imperial; two sisters Betty (Vance) Christensen of Boelus and Alyce (Charlie) Wagner of Wolbach; seven grandchildren, Riley, Cody, Levi, Derrick, Jackson, Avery and Porter; and numerous nieces and nephews and other family members.
Published by The Grand Island Independent on Sep. 13, 2021.
To plant trees in memory, please visit the Sympathy Store.
MEMORIAL EVENTS
Sep
14
Visitation
5:00p.m. - 7:00p.m.
St. Mary's Catholic Church
Aurora, NE
Sep
14
Rosary
7:00p.m.
St. Mary's Catholic Church
Aurora, NE
Sep
15
Mass of Christian Burial
10:00a.m.
St. Mary's Catholic Church
Aurora, NE
Funeral services provided by:
Higby-McQuiston Mortuary
MAKE A DONATION
MEMORIES & CONDOLENCES
Sponsored by Higby-McQuiston Mortuary.
1 Entry
Denise, my thoughts and prayers are with you & your family during this difficult time. With sincere sympathy in your loss.
Rose (Kosmicki) Dixson
Other
September 14, 2021
Showing 1 - 1 of 1 results