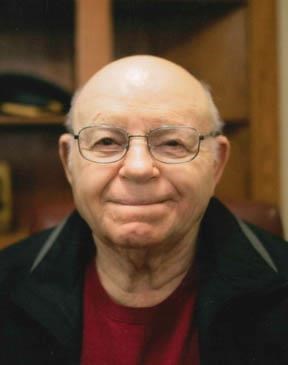 BORN
June 28, 1941
DIED
November 18, 2020
Theodore L. "Ted" Hansen, 79, of Grand Island died Wednesday, Nov. 18, 2020, at Country House in Grand Island.
Visitation will be from 10 a.m. until noon Tuesday, Nov. 24, at Apfel Funeral Home in Grand Island, followed by graveside services at the Grand Island City Cemetery.
Ted was born June 28, 1941, at Norfolk to Elmer T. and Luetta K. (Kierstead) Hansen. When Ted was 3 years old, his father, Elmer, died in the Battle of the Bulge while serving in WWII. His mother later married Clarence Wessel.
Ted grew up and received his education in Norfolk, graduating from Norfolk High School. He later continued his education at Milford Technical College, learning the heating and air conditioning trade.
Ted married LaVonne (Ellis) Fletcher in July of 1981. They made their home in Grand Island.
Ted worked many years as an HVAC technician for Midwest Heating and Air until he was injured in a work accident that left him disabled.
Ted enjoyed Nebraska football, NASCAR and building furniture, and was a big radio-controlled airplane enthusiast.
He is survived by his wife, LaVonne Hansen of Grand Island; son, Scott Hansen of Omaha; daughter, Rhonda Hansen Hartford of Norfolk; stepsons and spouses, Kelly and Sheri Fletcher of Merritt Island, Fla., Kevin and Karen Fletcher of McKinney, Texas, and Kirk Fletcher of Fairbury; stepdaughter, Karla (Shoen) Parsley of Orlando, Ky.; three grandchildren; seven great-grandchildren; 11 stepgrandchildren; 15 stepgreat-grandchildren; two half brothers, Clarence "Butch" Wessel, Jr. of Melbourne, Fla., and Lauren (Val) Wessel of Randolph; sister-in-law, Susan Hansen of Norfolk; and many nieces, nephews and friends.
He was preceded in death by his parents and a brother, Kenneth Hansen.
Ted's family would like to thank the staff of Country House and Tabitha Hospice for the wonderful care they provided to him.
Memorials are suggested to the Central Nebraska Humane Society or Voice for Companion Animals.
Online condolences may be left for the family at www.apfelfuneralhome.com.
To plant trees in memory, please visit our Sympathy Store.
Published by The Grand Island Independent on Nov. 21, 2020.
MEMORIAL EVENTS
Nov
21
Visitation
10:00a.m. - 12:00p.m.
Apfel Funeral Home - Grand Island
1123 W 2nd Street, Grand Island, NE 68801
Funeral services provided by:
Apfel Funeral Home - Grand Island
GUEST BOOK
5 Entries
My deepest sympathy for your loss. I will remember my grandfather as a very kind and loving person. My thoughts and prayers for you and the rest of the family.
Eric Hansen
November 24, 2020
LaVonne, we would like to express our deepest sympathy to you & to Ted´s family. Trust me we have great memories of the good times we had with Ted at our shop. I stopped in to see how him a couple times. The first time I´m pretty sure he remembered me but the second time I´m sure he didn´t. He was a good man & has been missed by all of us. God Bless you & may he give you the strength to get through the trying days ahead. We are in FL so you won´t see us at the funeral. Roger & Barb Luebbe.
Roger & Barb Luebbe
November 23, 2020
Ted was a dear friend and neighbor when we lived on Charles Street. One if the best guys ever. Our condolences and prayers for the family.
Maggie Lane, Land O Lakes FL
November 21, 2020
LaVonne so sorry for your loss. My thoughts and prayers are with you.
Karen Greenhill
November 21, 2020
Lavonne, Please know that my thoughts and prayers for with you and your family. I'm sorry for your loss. I've missed seeing you at Country House. My Sympathy, Marge
Marge Terman
November 21, 2020