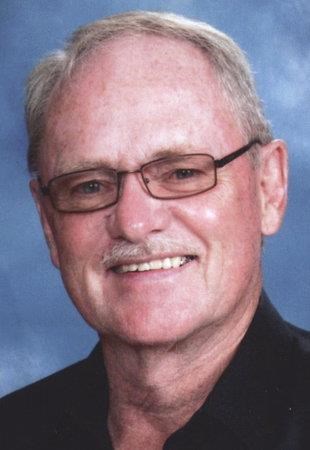 BORN
November 16, 1946
DIED
May 30, 2021
FUNERAL HOME
O\'Brien-Straatmann-Redinger Funeral Home
4115 Ave. N
Kearney, NE 68847
KEARNEY - Thomas Hardekopf, 74, of Kearney, passed away Sunday, May 30, 2021, at CHI Health Good Samaritan in Kearney.
Memorial services will be at 2 p.m. Friday, June 11, at Kearney First United Methodist Church with Pastor Melody Adams officiating.
Memorials are suggested to Habitat for Humanity. Condolences may be shared online at www.osrfh.com. Services are entrusted to O'Brien Straatmann Redinger Funeral and Cremation Services.
Tom was born on Nov. 16, 1946, to William O. and Mildred Kelly Hardekopf. He grew up playing baseball and after graduation at Grand Island Senior High in 1965, was drafted by the Cincinnati Reds baseball team and reported to Tampa, Fla., for spring training. His baseball career was short lived and he returned to Grand Island and married Cynthia Dokken in 1966. They moved to Kearney, where he worked for Meadow Gold dairy as a wholesale route driver and later owned TLH Construction, building homes and remodeling; tile work was his specialty.
He was a Senior League baseball coach for the Firemen, and later co-coached the Eagles in Little League. He worked with Habitat for Humanity for many years, developing many friendships. He formerly played tennis and loved golf. He liked to target shoot and slingshot with his grandsons, and watching robotics, soccer and baseball. He loved their cabin in the Snowy Range, where many memories were made with his children and grandsons.
Left to cherish his memory are his wife, Cindy, of Kearney; son, Tyler ,and wife, Ellishequea, of Columbus, Ohio, and their sons, Aidan and Avery; daughter, Rebecca, and husband, Matthew Kauk, of Kearney and their sons, Ben and Myles; his beloved dog, Ruby; a sister; and seven nieces and nephews, other extended family and several friends.
He was preceded in death by parents and a sister, Carol Sems.
To plant trees in memory, please visit our Sympathy Store.
Published by The Grand Island Independent on Jun. 9, 2021.
MEMORIAL EVENTS
Jun
11
Memorial service
2:00p.m.
Kearney First United Methodist Church
Funeral services provided by:
O'Brien-Straatmann-Redinger Funeral Home
MAKE A DONATION
Please consider a donation as requested by the family.
MEMORIES & CONDOLENCES
Sponsored by O'Brien-Straatmann-Redinger Funeral Home.
9 Entries
We are so very sorry for your loss. Prayers to you and your family, Cindy.
Sue and Al Lincoln
Friend
June 14, 2021
Sending a big hug and all our sympathy to you. We have so many memories of Tom! A very special person with a big heart and a quick smile. Sorry we aren't able to attend his service. Praying memories of good times you've shared will help you through the difficult days ahead.
Galynn and Carolyn Dexter
June 11, 2021
So sorry to hear of Tom's passing. We worked on several projects together over the years. He was a very good carpenter.....
Michael J Caha
Work
June 11, 2021
Cindy, my sincere sympathy on the passing of Tom.
Sharon (Borgelt) Lantis
School
June 9, 2021
Cindy and family So sorry to hear of your loss. Take care
Shirley Pesek
Family
June 9, 2021
Cindy, Tyler & Becky,

We are so very sorry to hear of Tom’s passing. He was always smiling and ready to greet you with a friendly ‘hello’. May his memory and love help you through the coming days. You are all in our thoughts and prayers during this difficult time.

Joe, Herman and Leslie Rios
June 4, 2021
Tom was a high school classmate of ours. We always thought he was a really nice guy. Our deepest sympathies to the family.
Vern and Linda (Nelson) Hansen
June 3, 2021
My heartfelt condolences go out to the Hardekopf Family. One memory I have of Tom was how supportive he was of Tyler, especially in baseball. Class act.
Rob Caha
Friend
June 2, 2021
Our deepest sympathies to the family. Tom was a great person and will be dearly missed.
Matt Caldwell
Friend
June 1, 2021