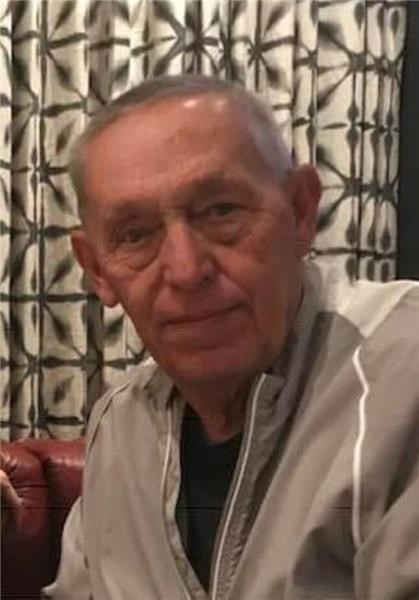 BORN
January 29, 1951
DIED
December 2, 2020
FUNERAL HOME
Desert Sunset Funeral Home
3081 W. Orange Grove Road
Tucson, AZ 85741
TUCSON, Ariz. - Timothy Don Cronin passed away Wednesday, Dec. 2, 2020, in Tucson, Ariz., at the age of 69.
Tim was born Jan. 29, 1951, in Kearney to the late Donald and June Cronin. The family lived for several years in Hazard, where Tim attended elementary school, then moved to Ravenna, where Tim graduated from Ravenna High School in 1969.
Following graduation, he joined the Navy from 1969 to 1973.
After the Navy, Tim attended barber college in Lincoln. Tim moved back to Ravenna and owned a barber shop and eventually went to work for The Ravenna Cheese for many years. Tim moved to Arizona in 1998. Tim owned and worked at The Orange Grove Barber Shop for several years.
Tim enjoyed playing on golf leagues, trapping and hunting while in Nebraska. Tim enjoyed playing golf, spending time with friends, going on walks and watching football (Go Huskers!).
Tim had the deepest love for his family over everything in the world. If anyone would ask about his family, he would have no problem spending hours going on and on about how proud he was of each one of them. Tim enjoyed talking to people and loved to tell stories about his life and what he had experienced throughout. Tim had many friends throughout his entire life and touched several people.
Tim is survived by his wife, Julie Hoover; children, Kelly (Matthew) Lemburg of Grand Island and Joe (Meghan) Cronin of Seattle, Wash.; a grandchild, Taylor Lemburg; sisters, Pat (Dale) Miller of Sloan, Iowa, and Bonnie (Jake) Jakob of Tucson; and nieces and nephews.
He was preceded in death by his mother and father.
In lieu of flowers, memorials will be donated to the Timothy Cronin Memorial Fund at Five Points Bank in Grand Island.
To plant trees in memory, please visit our Sympathy Store.
Published by The Grand Island Independent on Dec. 9, 2020.
MEMORIAL EVENTS
No memorial events are currently scheduled.
To offer your sympathy during this difficult time, you can now have memorial trees planted in a National Forest in memory of your loved one.
Funeral services provided by:
Desert Sunset Funeral Home
MEMORIES & CONDOLENCES
Sponsored by Desert Sunset Funeral Home.
11 Entries
I served with Tim on the US Vreeland. Jim Garland, Tim and I all worked in the boiler room and were good friends. Sorry for your loss.
John Benton
March 31, 2021
Went for a haircut yesterday and found out that Tim had passed. I am from Omaha and enjoyed stories about his small town of Hazard (?) Neb. Sincere condolences to his wife and family.
Paul Ryan
January 7, 2021
Tim was the best. I always enjoyed his stories while sitting in his chair. My sympathies go out to his family.
Mike Tracey
December 22, 2020 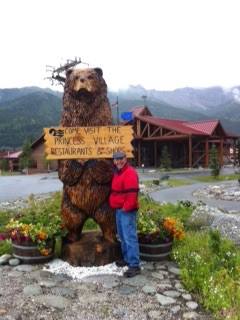 Timothy, thank you for your endless love that helped me through each day - And thank you for the memories that will never fade away. You´re the man I loved And I was proud to be your wife - And every day in some small way I celebrate your life. And though it´s sad to think about the way things were before - When we´re reunited I will be forever more.
Julie
December 16, 2020
I am so sorry to learn of Tim´s passing. He expertly cut my hair for over 20 years. Best flat top ever! I looked forward to seeing him every six weeks. My deepest condolences to his family. He was truly a great guy.
Gary Sneyd
December 13, 2020
So so sad to hear of Tim´s passing. He always had me laughing for hours. I´m certain he´s got the angels rolling in heaven. My sympathies to his family.
Susan (Johnson) Fox
December 10, 2020
Bonnie so sorry your loss. My heart goes out to you.
LaDonna (Moritz) Enyeart
December 10, 2020
I will always have wonderful memories in my heart ,what a great brother I had. I will miss are almost daily phone calls and just having you in my life.
Bonnie
December 9, 2020
Tim you will be greatly missed. Prayers for you and your family.
Marilyn Stroh
December 9, 2020
Tim will forever be missed. Thank you for being a good friend, advisor, barber, uncle, and overall great person. Our hearts ache for Kelly, Joe, and Julie. May the Lord comfort them.
Julian & Sharon Martinez
December 9, 2020
you were always a nice person and nice to be around.The last time I seen you,you were driving a BMW Z-3 with top down.
alan musil
December 9, 2020