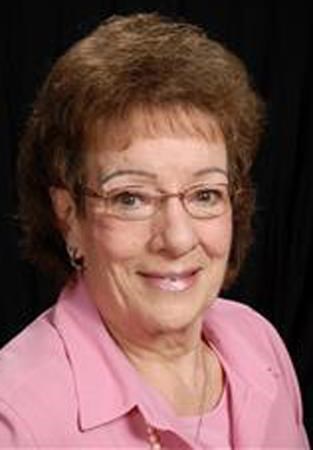 BORN
October 17, 1941
DIED
November 14, 2020
BRULE - Yvonne L. Treptow, 79, of Brule, passed away Saturday, Nov. 14, 2020, at the Ogallala Community Hospital.
Funeral Mass will be at 10:30 a.m. on Friday, Nov. 20, at St. Luke's Catholic Church in Ogallala, with the Rev. Bryan Ernest as celebrant. Rosary will be recited at 10 a.m. at the church Friday. Cremation will follow, with inurnment to be at a later date in St. Mary's Catholic Cemetery at Primrose.
A memorial has been established in her memory for later designation. Condolences may be shared at prairiehillsfuneralhome.com, where a recording of the service will be posted.
Yvonne was born on Oct. 17, 1941, at Columbus to John and Barbara (Miller) Dobson. She attended Cedar Rapids High School. Yvonne worked with her parents for many years, working cattle.
On Jan. 17, 1959, Yvonne married Harold E. Treptow at Cedar Rapids. After they were married, the couple worked together on the Treptow family farm at Cedar Rapids for a few years before moving to Millard, where Harold was working on the development of a golf course, housing and apartments for Oak Hills Inc. while Yvonne handled the bookkeeping for the company.
In the late 1960s, Yvonne earned her real estate broker's license for Nebraska. The couple eventually relocated to Denver, where Yvonne also obtained her broker's license. She later got into closings and real estate loans for US Homes and Fulenwider while in Denver, which she did for the next 15 years.
Yvonne and Harold moved to California in the late 1980s, where they remodeled luxury homes in the Corona del Mar, San Juan Capistrano and Newport Beach areas. They returned to Denver before moving to Lake McConaughy in 2004, where they partnered to develop and maintain The Dunes at Lake McConaughy, located on the south shore.
Yvonne was a very kind and loving person. She was a hard worker and possessed a steadfast spirit that was such a blessing throughout the many projects and moves that she and Harold worked on together.
Survivors include her husband, Harold of Brule; three sons, Richard, Steven and Daniel Treptow, all of Denver; three grandsons; brother, Michael Dobson of Denver; along with an uncle, and many other relatives and friends.
Yvonne was preceded in death by her parents; and a son, Terrance Treptow.
Prairie Hills Funeral Home of Ogallala is in charge of arrangements.
To plant trees in memory, please visit our Sympathy Store.
Published by The Grand Island Independent on Nov. 19, 2020.
MEMORIAL EVENTS
Nov
20
Rosary
10:00a.m.
St. Luke's Catholic Church
, Ogallala, Nebraska
Nov
20
Funeral Mass
10:30a.m.
St. Luke's Catholic Church
, Ogallala, Nebraska
Funeral services provided by:
Prairie Hills Funeral Home
GUEST BOOK
0 Entries
Be the first to post a memory or condolences.