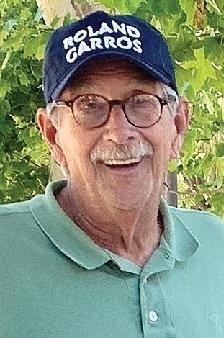 He was born in Philadelphia, moving to Ardsley as a youth. Albert was the son of the late Albert J. Arbogast Jr. and Mabel Hess Arbogast, and brother-in-law of the late Raymond Haines.

Albert was a graduate of Abington High School in 1963 and received his Bachelor's degree from Lafayette College in 1967.

After college, Albert's professional career spanned 48 years, managing the development and operation of out-patient as well as residential mental health treatment services for the City of Philadelphia, Northwestern Institute of Psychiatry in Fort Washington, and retiring as Chief Operating Officer of TriCounty Respite in Limeport, Pa.

Albert was a passionate singles tennis player and an avid photographer of sunsets in Beach Haven, family gatherings and his grandchildren's various interests. He was devoted to travel in his retirement, just returning from Roland Garros, the French Open Tennis tournament in Paris. He was a master putterer around his homes in Pennsylvania and New Jersey.

He is survived by Ann Kienzle Lee, his life-partner of 30 years; his sister, Kathleen Haines of Forked River, N.J.; and Claire Arbogast, the mother of his children: Morgan Arbogast and his wife, Sue, Jonathan Arbogast and his wife, Anna, and Jennifer Cunnane and her husband, Ryan. The time he spent with his grandchildren, Logan, Addisan, Griffan, Kyle, Jackson, Sadie and Ava Mae, brought him great joy.