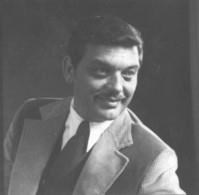 BORN
1947
DIED
2021
ABOUT
Upper Dublin High School
FUNERAL HOME
Shelly Funeral Home - Warrington
1460 Easton Rd
Warrington, PA
William C. Barr
Upper Moreland Twp. - William Cameron Barr (Bill/Billy/Clark), of Upper Moreland Township, who lit up a room with his smile, humor and his famous "PURR", passed away unexpectedly on Tuesday, June 1, 2021 at his residence. He was 74.
Bill was the loving husband of Patti Clayworth. The couple was inseparable for over twenty beautiful and fun filled years.
Born in Merion, PA, Bill was the son of the late Richard S. and Margaret (Nee Brower) Barr. He grew up in Delaware and New Jersey, then the Family settled back in Pennsylvania, where Bill played soccer for Upper Dublin High School. After he graduated, he continued his education at Temple University, but Country called and Bill enlisted in the U.S. Navy to serve during the Vietnam era.
Bill loved people so his personality steered him into the bar and restaurant profession. He worked serving drinks and managing bars in several establishments for over forty years. Bill enjoyed life so much and loved to have fun with his family and friends, especially his lifelong best friends, Joey, Barry and Tony.
Bill always watched his Philly sports team, but especially looked forward to cheering on Navy during the Army-Navy game every year with his fellow veterans. When he was younger, Bill loved horses and was an avid equestrian. As he got older, he prided himself as a really good dancer (you just had to ask him), and he loved dancing with Patti to the music of the 50's and 60's. He also enjoyed all the old movies, especially the westerns, and always won movie trivia wherever he went.
Bill looked forward to Tuesday nights where he could get together with friends to shoot pool with his APA team and was so excited when he talked Patti into joining the team.
Bill was predeceased by his parents, his sister, Elizabeth (Betsy) Krussel, of Virginia and his nephew, Steven Krussel, of Virginia.
In addition to his wife, Patti, Bill will always be loved and deeply missed by his niece, Jennifer (Jamie) Krussel, of Colorado, his nephew, Michael Krussel, of Georgia and bother-in-law, Larry Krussel, of Colorado. Also, several aunts, uncles, cousins and all who knew him.
Bill's wife and family will receive people at a visitation on Thursday, June 24, 2021, 5:00 PM until 8:00 PM, at Shelly Funeral Home, 1460 Easton Road (RT. 611), Warrington, PA 18976. Interment at the Arlington Cemetery in Drexel Hill, PA will be private and at the convenience of the family.
In lieu of flowers memorial contributions, in Bill's memory, may be made to your favorite charity.
Please send condolences or your favorite "Billy" story to Shelly's website www.shellyfuneralhomes.com
A celebration of Bill's life is being planned and will be held in the near future.
Published by The Intelligencer from Jun. 18 to Jun. 20, 2021.
To plant trees in memory, please visit the Sympathy Store.
MEMORIAL EVENTS
Jun
24
Visitation
5:00p.m. - 8:00p.m.
Shelly Funeral Home - Warrington
1460 Easton Rd, Warrington, PA
Funeral services provided by:
Shelly Funeral Home - Warrington
MAKE A DONATION
Please consider a donation as requested by the family.
MEMORIES & CONDOLENCES
Sponsored by Shelly Funeral Home - Warrington.
1 Entry
RIP Bill going to miss you .
Albert H Schoellhammer
Friend
June 25, 2021
Showing 1 - 1 of 1 results