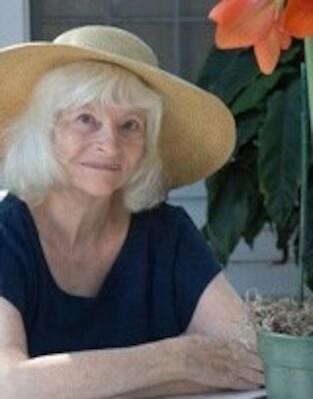 Author and professor, Alison Lurie, 94, died on December 3 of natural causes. She is survived by her sons John Bishop, of Nashua, New Hampshire; Jeremy Bishop, of Hood River, Oregon; and Joshua Bishop of Sidney, Australia; also by her sister, Jennifer Cooke, of New York, NY, and three grandchildren. Her partner and husband of 45 years, Edward Hower, also survives her.

She was born in Chicago and raised in White Plains, NY. She graduated with a BA with honors from Radcliffe College in 1947, when she married her first husband, Professor Jonathan Bishop, the father of her sons.

Alison was the author of eleven novels; two memoirs; a book of stories, Women and Ghosts; and numerous non-fiction books. Among her awards were the Pulitzer Prize for her novel, Foreign Affairs, and the Prix Femina Étranger in France for her novel The Truth About Lorin Jones. In the UK, she was awarded an honorary doctorate from Oxford University. She was an elected member of the American Academy of Arts and Letters, and served as the New York State Writer.

Many Ithacans were sure that she had written about them as characters in her 1974 novel, The War Between the Tates, set at an imaginary college resembling Cornell. Her last book, Words and Worlds, was published when she was 93.

For over 40 years Alison was a beloved professor of English at Cornell, where she initiated courses in Folklore and Children's Literature. In 1989 she was named the F. J. Whiton Professor of American Literature at Cornell and upon retirement, professor emerita. Her former writing students kept in touch with her for years, came to lunch whenever they returned to Ithaca, and sent her books she had encouraged them to write. She and Edward taught many creative writing seminars together in the US, England, Greece, and India. As a guest in Edward's writing classes at Auburn prison, she was a big hit talking about her best-seller, The Language of Clothes.

Alison was known for her warmth, sensitivity, and cheerfulness in both her writing and personal relationships. She loved folk music and Mozart, and enjoyed country-western concerts at upstate county fairs. Alison often said how lucky she was to have such very good Ithaca friends. There will be no funeral; a memorial event will be announced. Friends can make gifts in her memory to organizations she supported, the Finger Lakes Land Trust and Ithaca Neighborhood Housing. 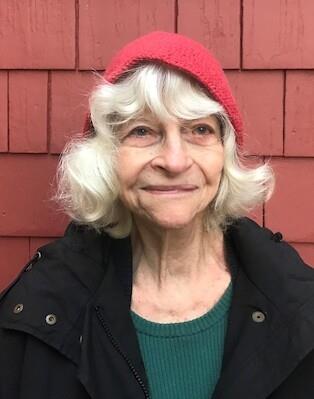 Published by Ithaca Journal from Dec. 4 to Dec. 5, 2020.
To plant trees in memory, please visit the Sympathy Store.
MEMORIAL EVENTS
To offer your sympathy during this difficult time, you can now have memorial trees planted in a National Forest in memory of your loved one.
MAKE A DONATION
MEMORIES & CONDOLENCES
Sponsored by The Ithaca Journal.
4 Entries
Thank you for your beautiful heart and spirit Alison, and for leaving us your rich work. My heart is with you in your healing Edward. Sorry for losing touch after I moved. Nancy
Nancy Rosen
Friend
December 8, 2020
I am sorry to learn of Professor Lurie's passing, but pleased to be reminded of her Pulitzer and that she was elected to the National Academy. It is nice that Ms. Lurie remained around Cornell in Ithaca upon her retirement. I thoroughly enjoyed War Between the Tates, Foreign Affairs and The Last Resort, so brava, and ave aqua vale. COndolences to her family and friends.
Jason R Gettinger
December 8, 2020
I just want to send my condolences to Ms. Lurie's family. She was a colorful and wonderful lady, and of course all of Ithaca was proud of her achievements out in the world. I attended school with John, and recall what a brilliant and introspective young guy he was as a kid, and I must say that all of my memories of Ms. Lurie are warm and positive ones. Blessings to all of the family.
(Gwen) Lavinia Reid
Friend
December 7, 2020
Our deepest sympathies, with fond memories of Alison and her brilliant work.—Dan and Rachel Kahn-Fogel
Dan and Rachel Kahn-Fogel
Friend
December 5, 2020
Showing 1 - 4 of 4 results