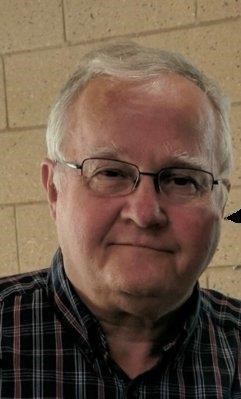 Spencer - Bernard L. Smith, 71 of Spencer, passed on Saturday, April 25, 2020 with his family by his side. He was the son of the late Bernard S. and Barbara E. (Westervelt) Smith. He graduated from Spencer-Van Etten Central School. Served four years in the U.S. Air Force. He owned Spencer Farm and Auto, BMS Developement and Spencer Paving Company. Melody and Bret worked along his side. Barney a lifelong resident of Spencer served on the Town Board, member of Spencer Co-Op, Spencer Fire Department and F & A Masons Spencer Lodge No. 290. He is survived by his wife and best friend and partner-in-crime of 48 years, Melody; son, Bret (Jody) Smith; 4 grandchildren, Alexis, Brock, Capri, Daxton; brother, David L. Smith; sister, Bonnie L. (Raymond) Bunce; sister-in-law, Vanessa Christ; nieces and nephews; close friends, Evie, Paul, Alfie, Marie and Jihai (who called him "Dad"). Barney was a wonderful man with many skills, big heart and made friends along his journey. He loved to travel and cruise going to Spain, China, Cape Horn and Panama Canal. A private family service will be held. A Celebration of Life will be announced at a later date. Memorials may be directed to Spencer Food Cupboard or Spencer Fire Department. Arrangements are assisted by Allen-Manzer Funeral Home.


Published by Ithaca Journal from Apr. 28 to Apr. 29, 2020.
To plant trees in memory, please visit the Sympathy Store.
MEMORIAL EVENTS
To offer your sympathy during this difficult time, you can now have memorial trees planted in a National Forest in memory of your loved one.
Funeral services provided by:
Allen-Manzer Funeral Home
MAKE A DONATION
MEMORIES & CONDOLENCES
Sponsored by The Ithaca Journal.
37 Entries
So saddened to hear of Barney's passing. I appreciated all of his & Bret's work for me over the years. Always enjoyed talking with Barney, and he seemed to make time for the conversations. It is my hope that his memories and the lives touched will help to comfort the Smith family.

Bern Smith
May 4, 2020
Mrs. Smith( Melody) - Saddened to read about Barney - Enjoyed seeing both of you at the NYLICA Conference last January - hadn't seen Barney in a long time before that - but knew him for many years , seeing him once in a while along the way , as contractors do - all my respect and sympathy for your family
bill kirk
May 4, 2020
Rest In Peace Barney. A generous soul who made our dream of a building a log cabin come true. He gave so much, from excavating, moving materials, laying concrete, and giving sound advice with a smile and laugh. Sending prayers and condolences to Melody and Brett. Warmest regards, Tim and Loretta Vella
Timothy Vella
Acquaintance
May 2, 2020
Sorry to hear about your loss was a good man
Jay
May 1, 2020
I'm so sorry to hear of the loss of this fine man! I always enjoyed talking not just business but about his full life and adventures with Melody. He will be missed.
Mary Hovanec
Friend
April 30, 2020
Rob Morris
April 30, 2020 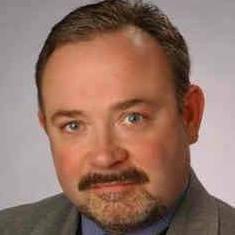 Jack Carr, S-VE '70
April 29, 2020
Barney has been a wonderful man to know. He has a heart of Gold and he will be missed terrible. All our love and condolences go out to his family. God Bless You All.
Thomas Ferris
Acquaintance
April 29, 2020
Melody, Bonnie, David
Hugs & prayers to you all at hearing of the passing of Barney.
Let your memories bring you comfort.
Melanie & Aunt Madolin
April 29, 2020
A wonderful neighbor for years who fed our dog , Brutus steaks so much Brutus stayed with Barney and Melody at the garage helping with the mechanics . Sending prayers of comfort and understanding to you Melody and Bret. The Pelto's (Clarky and Joyce)
Joyce Pelto
Friend
April 29, 2020
I am so sorry to hear of Barney's passing. He was a good friend to our family. His laugh was contagious and made everyone smile. Prayers to all the family.
Cynthia Parcell
Friend
April 29, 2020
Our thoughts go out to the family. Barney is always a story I chuckle at as he was trying to get Melody to host two exchange students. They did and have touched the lives of so many with that aspect too. He will be missed and never forgotten.
Nancy Pierce
Friend
April 29, 2020
So sorry to see this. Bernie was one of my "regulars" back in the day at RV's and I loved talking with him and getting him going LOL... He was always kind to me. Melody and Brett, my thoughts are with you.
Paulette
April 29, 2020
My condolences for your loss. Thoughts and prayers with your family at this most difficult time.
Calvin Mathews
Friend
April 29, 2020
So sorry for your loss of Bernard . He was my classmate from Spencer/Van Etten Central School.
Sympathy goes to the family of Barnard Smith at this time.

Martha Bryan Hinton, Wilmore, Pa.
Martha Hinton
April 29, 2020
You are in our thoughts and prayers,

Neil and Helen Riker
Neil and Helen Riker
April 29, 2020
We are saddened to hear of Barney Smiths passing, , he was an icon to our small community and we send our condolences and will all miss him.
Northeast Implement
April 29, 2020
Northeast Implement
April 29, 2020
We are going to miss you....
Diana and Curt Neuner
April 29, 2020
Our hearts are heavy with the sad news of Barney's passing. Your entire family are in our thoughts and prayers at this difficult time.
Bill & Paula Miller
April 29, 2020
My cousin. We called him Benny when we were young playing in the sand with toy trucks. Later he became Barney a teen and on his way to his adult life. I remember him for his practical jokes and wanting to make everyone laugh. He touched a lot of lives.
Luna Westervelt)
Family
April 29, 2020
To the Smith family, Such a nice man.Love of his family,friends . BERNIE giving of his community . Rest Bernie now your work on earth is done. Sweet memories shared together,hope to comfort your family at this time. Bernie will be missed by so many.
Darlene Prince
Acquaintance
April 29, 2020
So sorry for your loss. He was a great man and he will be missed!
Debbie Smith
April 29, 2020
The Town Board as well as the Spencer community as a whole will certainly miss Barney. He was an asset and friend that will be hard to replace.
On behalf of the Town of Spencer, please accept our sincerest condolences .