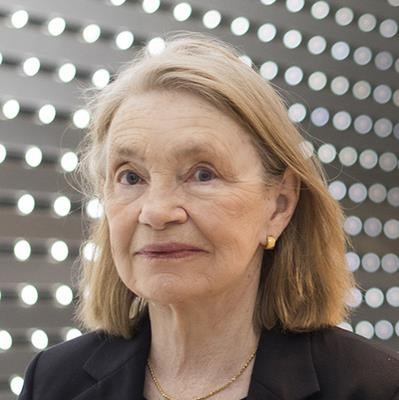 Bonnie Graham MacDougall, of Ithaca and Alexandria, Professor Emeritus at Cornell University, died unexpectedly on November 26, 2017. She was 76 years old. Bonnie was born to Joseph London Graham and Myrtle Agnes Fivehouse Graham on July 2, 1941 in Teaneck, New Jersey. She moved to Alexandria, VA with her family when she was 8 years old where she spent the rest of her childhood and where she later spent much of her retirement.

Bonnie graduated from Cornell University as an undergraduate in 1962 and completed her graduate work earning her Ph.D. in Linguistics in 1973. She met her husband, Robert "Scotty" Duncan MacDougall at Cornell University and was married in 1962. Their marriage was the beginning of a nearly 25-year personal and academic partnership, in which they collaborated on research and cross-trained each other in their respective disciplines. Although Robert predeceased Bonnie in 1987, Bonnie continued their collaborative work and published a digital collection of Robert's photographs, Beyond the Taj: Architectural Traditions and Landscape Experience in South Asia. At the time of her death Bonnie was completing a second digital collection, Depicting the Sri Lankan Vernacular.

Bonnie is survived by her two daughters, Carlin and Margaret MacDougall. She is also survived by her granddaughters, Elizabeth and Julia Mack. A memorial service will be held at 11 am on December 16 at the First Congregational Church of Ithaca, 309 Highland Rd. In lieu of flowers, memorial contributions may be made to the Robert D. and Bonnie G. MacDougall Memorial Scholarship Fund (Cornell Fund #138907).


Published by Ithaca Journal from Dec. 1 to Dec. 4, 2017.
To plant trees in memory, please visit the Sympathy Store.
MEMORIAL EVENTS
Dec
16
Memorial service
11:00a.m.
First Congregational Church of Ithaca
309 Highland Rd., Ithaca, NY
MAKE A DONATION
MEMORIES & CONDOLENCES
Sponsored by The Ithaca Journal.
5 Entries
I also meant to add that I had no idea that Bonnie lived right across the Potomac from where I live, then and now, Could have resumed what was a great friendship
drn cherukupalle
Coworker
May 16, 2021
Scotty and Bonnie were great friends and commiserators way back in Vancouver in the late 60 and early 70s. I lived right across the Potomac in DC since the late 70s and wish I had known that she was in Alexandria.
drn cherukupalle
Coworker
May 16, 2021
Bonnie is wonderful women.she reaserched 1965 in our village.now a days every peaple admire your photograph taken by Meemure village.thank you Bonnie.come again to live with us!!.
Hemantha wijekoon
Friend
April 14, 2021
We were friends for over 50 years, from our days as graduate students at Cornell. Graham was a colleague at the University of British Columbia. Our second son and Carlin were born at the same time in the same hospital in Vancouver. Bonnie was so articulate and principled. We are very sad that we will have no opportunities to share experiences.

To Carlin, Maggie and your children, please accept our deepest sympathy.

Please visit Vancouver again so that we can give you hugs.
Graham and Elizabeth Johnson
December 2, 2017
We are so sorry for your loss Nancy Rubel
Nancy Rubel
December 1, 2017
Showing 1 - 5 of 5 results