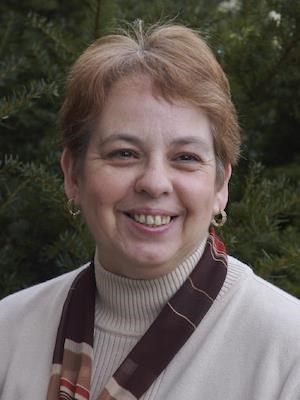 Trumansburg - Christiane L. Kimball-Peterson of Trumansburg passed away at home surrounded by family on Friday, August 14, 2020 at the age of 69. Chris was born in Trois-Rivières, Quèbec, Canada on March 29, 1951 the daughter of the late Gerard and Jeannine (Lefèbvre) Morency. She led a vibrant life and impacted many as she made her mark on this world. After graduating from Notre Dame High School in Schenectady, NY, she began studying at Upstate Medical University in Syracuse. Although she wanted to become a nurse to help those in need, her path took a turn and she moved to Falconer, NY and married Stephen Kimball, a dairy farmer. They had two daughters, Jeannine and Anessa. Chris, the city girl, learned to love agriculture and its importance to society. She earned an Associate's degree in statistics, but her interests led her instead to journalism, focusing her writing on agriculture and its diversity across New York State. Passionate and often pushy about her work, she was widely known and respected by many in the farming and related business communities. Although her marriage to Steve ended in divorce, she never forgot the value of Steve's hard work to grow and improve his family's Century Farm. Chris remained active in the farming community working for Country Folks newspaper and several other rural publications. Chris's path returned her to the city when she moved to Binghamton, NY to work as a rural newspaper editor. Chris then married Richard Peterson, and they began a life of joy together. The blended family that included Chris's daughters and Dick's daughters, Christine and Caroline, created many opportunities for adventures and family fun. She witnessed all four daughters excel in their education and careers and was immensely proud of them all. Her position as editor of 6 local newspapers finally brought Chris and Dick to Trumansburg, NY in 1995. Chris became active in many community service organizations in the region. She served as Executive Secretary for the Trumansburg Area Chamber of Commerce for 4 years. She served as chair of the Comprehensive Plan subcommittee for the Schuyler County Planning Board and was a driving force in establishing a Scenic Byway on NYS Route 414. She produced newsletters for a number of local community service organizations right up to her death. Public service was a major goal for Chris throughout her adult life. She then worked for three years as an assistant to a local doctor, fulfilling her desire as a young adult to help those in medical need. In 2014, Chris accepted a short term position at the Lodi Whittier Library as a fund raising specialist to help the board raise $700,000 to construct a much-needed new library. The funds were raised and the new library, renamed the Elizabeth Garnsey Delevan Library, was opened in June, 2016. Chris served her community in Schuyler, Seneca and Tompkins County in many ways. She was known for her unending energy, her exuberance and for her love of people. One of her greatest joys was becoming a member, with Dick, of the Trumansburg United Methodist Church. She loved this special congregation with all of her impetuous heart. Her church activities strengthened her faith and she studied to become a Lay Servant. As a Senior Lay Servant, she was asked to temporarily fill the pulpit at the Varna, NY United Methodist Church. She soon grew to love the small congregation, and they, in turn, loved her. She was deeply saddened when her illness forced her to stop doing Sunday services at the church. Chris is survived by her devoted husband, Richard A. Peterson; two daughters, Jeannine (Davis) Cutting and Anessa Kimball; two step-daughters, Christine Peterson and Caroline (Craig) Mombert; three grandchildren, Alexandra and Brenna Mombert, and Marcus Minton; half-brother, Pierre Déry; cousin, Lillian Tietz; brothers-in-law, Donald (Janet) and Thomas (Shirley Ecker) Peterson; and sister-in-law, Marilyn Rapp. She is also survived by two dear friends, Patricia Walker and Carolyn Young and many special friends in Trumansburg. She was preceded in death by her parents, and step-mother. A memorial service will be held Friday, July 30th at 11 AM at the Trumansburg United Methodist Church, 80 East Main Street, Trumansburg. A luncheon reception will follow immediately after the service at the Trumansburg American Legion. For additional information, please contact Ness-Sibley Funeral Home at 607-387-8151 or visit www.ness-sibley.com.