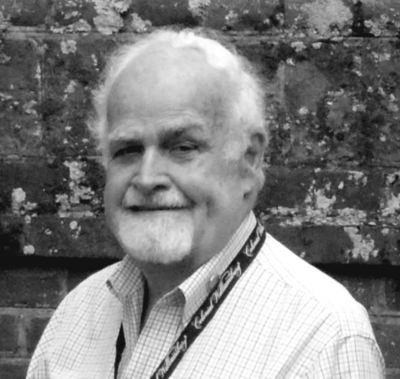 Lansing - David Galbraith Flinn, of Ridge Road, Lansing, passed away Saturday, December 23, 2017 surrounded by his family. Born February 4, 1938 in Baltimore, Maryland, son of William Arthur and Jane Case Flinn, David grew up in Greenwich, Connecticut. He attended Greenwich Country Day School, The Choate School in Wallingford, CT and graduated from Cornell University, class of 1960, and was a member of the Seal and Serpent Fraternity. In 1961 he married his college sweetheart, Mary Ann Quick. He served four years in the United States Air Force, primarily at Fairchild Air Force Base in Spokane, WA and then served in the Air Force Reserves until he was discharged as a captain in 1971.

In 1964, he and his young family moved to Ithaca, finally settling on a farm in Lansing in 1966 where he lived for the rest of his life. Starlane Farms was home primarily to Clydesdale horses, as well as other farm life throughout the years. He tolerated and even occasionally enjoyed being dragged to county and state fairs to show horses, his wife's passion, for 40 years.

He was a businessman, interested in amateur radio and home electronics. He started with a ham radio and electronics store on Cayuga Street in Ithaca, and in 1965 opened Stellar I, Inc. selling stereo equipment and home electronics; known locally as Stellar Stereo, the business is still operating today under different ownership.

David joined the Ithaca Rotary Club in 1967 where he spent five decades dedicated to community service, serving as a District Governor of Rotary District 717 in 1989-90. He also participated in a Group Study Exchange to South Africa in 1987, before the end of apartheid. In 1991, he received Rotary's highest individual honor, the Service Above Self Award. He and Mary were major donors to The Rotary Foundation. He also helped others by driving for Gadabout for many years, serving as president of the Tompkins County Chamber of Commerce in 1986, and being a great supporter of the arts locally, serving on the board of the Hangar Theater for many years and supporting other local theaters and arts organizations as well. He was a member of the First Congregational Church of Ithaca since the 1960's, where he loved singing in the choir and playing hand bells.

David had many passions and hobbies. His love of trains brought him to serve on the boards of the Cornell Railroad Historical Society and the National Railroad Historical Association. He became a pilot while in college and was a long-time member of the East Hill Flying Club. He loved to eat great food, especially soup and cookies, and could be found at the Dewitt Café nearly every Saturday for more than 30 years; as well as being a regular at Just A Taste, Ithaca Bakery, The Boatyard Grill and the Ithaca Country Club. He loved Colonial Williamsburg, traveling there many times over 70 years, and he traveled the world, revisiting England and Scotland often.

He was predeceased by his wife of 55 years Mary Quick Flinn. He is survived by his sons Dale (Gayle) Flinn and Glenn (Darlene) Flinn of Lansing, grandchildren Elizabeth (Scott) Flinn-Brown of Baldwinsville, Corey (Michelle) Flinn of Ithaca, and his sister-in-law Susan Quick, also of Ithaca.

There will be a celebration of his life at a later date, details to be announced.

In lieu of flowers, the family asks contributions to be directed to The Rotary Foundation at www.rotary.org/give or a charity of the donor's choice.

Published by Ithaca Journal on Dec. 28, 2017.
To plant trees in memory, please visit the Sympathy Store.
MEMORIAL EVENTS
To offer your sympathy during this difficult time, you can now have memorial trees planted in a National Forest in memory of your loved one.
Funeral services provided by:
Lansing Funeral Home
MAKE A DONATION
Please consider a donation as requested by the family.
MEMORIES & CONDOLENCES
Sponsored by The Ithaca Journal.
0 Entries
Be the first to post a memory or condolences.